The joy of views from above, redux 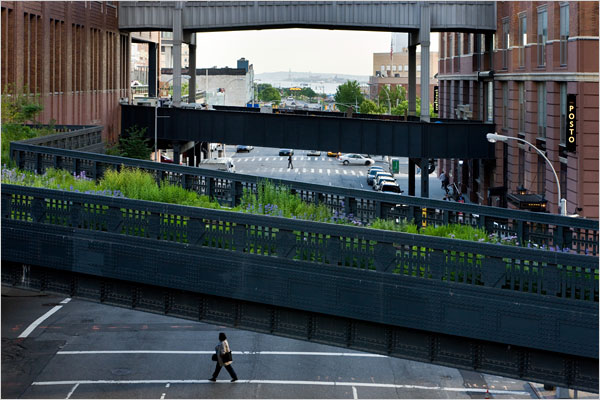 A few weeks ago I wrote about the joy of seeing the world from above. Today, I discovered more evidence that I’m certainly not alone in that penchant: the “From the Airplane Window” pool on Flickr, 1421 members strong.

But views from above need not be so high to be transcendent, to momentarily transport you out of the reverie of your usual way of looking at the world. The High Line park, recently opened on the West Side of Manhattan, accomplishes no less of a shift in perspective, though only about 30 ft above the ground. Being up on the High Line shows how little a distance is necessary to give you a new view on things. It allows you to experience the city, which is normally so enveloping, as a semi-detached observer.

This is particularly true at the amphitheater, which creates an ironic kind of street theater looking up 10th Ave., reminding us of the spectacle that is New York City, and that however blasé we may become about living here, New Yorkers are part of a metropolis that inspires interest and curiosity in much of the world.

There is something about this middle distance view from the High Line — above the city, yet still very much in the city — that makes the shift in perspective all the more powerful. In a plane the landscape has a surreal quality, but from the High Line the city is both transformed and yet still very real. The people are not ants moving away from you at a rate so quick you can’t hold onto them; they are still people, but from that bird-on-a-wire view they are placed in context. They are also removed from time, in a way, where you see their movements circumscribed on the earth and the streets seem filled with patterns.

I love this quote, by Lisa Switkin, a landscape architect involved in the design of the High Line:

Someone said to me ‘have you noticed that people have a different pace when they are on the High Line?’ This made me smile, as I remember the supportive but skeptical reaction when we first stated our basic mantra of ‘Keep it Simple, Keep it Wild, Keep it Slow, and Keep it Quiet’ that inspired the design. ‘Can you even do that in New York?’ was a common response. And yet, it’s true; people do have a slower pace and sense of delay when they are on the line. They are suspended in a unique urban condition – both a part of the City and removed from the City at the same time. I hope the magical sense of surprise and bewilderment that the site produces itself, along with the legible and deliberate elongated transitions embedded into the design – from streetside to topside, hard to soft, woodland to grassland, river to city – give people the opportunity to see the City in new and unexpected ways; the familiar and iconic side as well as the up close, textural, and backside of New York City.

The design of the High Line is so wonderfully sensitive that it provides aesthetic opportunities for joy in many more ways than just this transcendent shift in perspective. As Switkin notes, the site does evoke a “magical sense of surprise and bewilderment,” from the charmingly aggressive way it cuts through buildings to the odd twists and turns to the landscaping which feels even wilder and more native than the local woods in our nearby suburbs.The High Line feels absurd, spontaneous, and vibrant, all joyful qualities.

The proof of joy in any design is in the way in makes people feel and behave, and in this, the High Line demonstrates its positive emotional worth. The High Line blog notes a “renegade cabaret” that has sprung up on a balcony neighboring the line, an entertaining phenomenon made possible by the almost-uncomfortable adjacency of the park to the surrounding buildings. It also talks about the first marriage proposal on the line. These are the true markers of joy in a space, joy that will endure past the initial exhilaration of its newness. Does a space make people want to break into song? Do people see it as a place they want to start their lives together? Do people behave in unexpected ways, ways that may surprise even themselves? Are people smiling, not from the thrill of discovery, but in the sheer pleasure of being there?

If so, then you might say you’ve designed a joyful space. 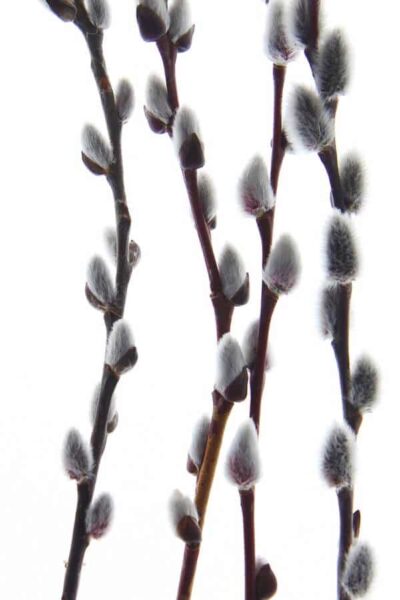 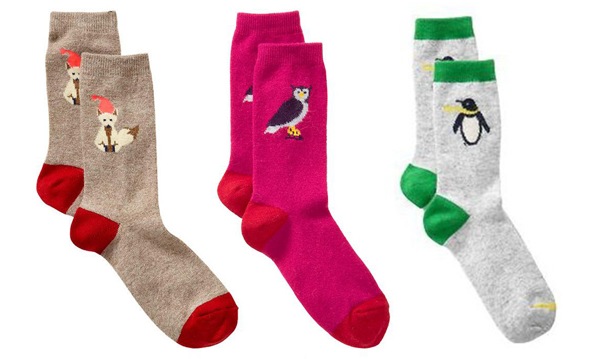 Balloons and the Politics of Joy