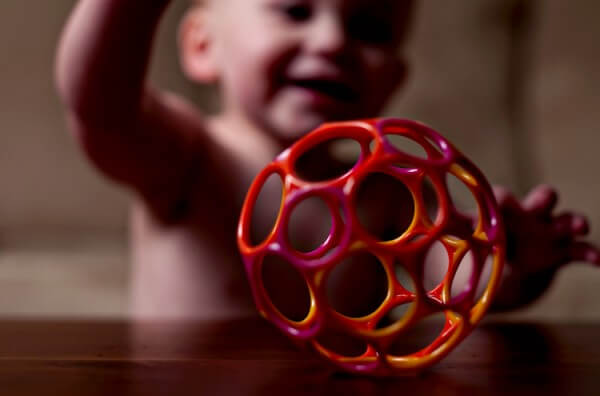 Toys suck. Well, not all toys, but many of the new ones. You play with them once and then you’ve figured it out, and there’s no more pleasure to be had from the experience. Designer Dror Benshetrit says of experiences like this, “Toys with quick and linear paths to gratification have less longevity,” and I think he’s spot on. Ironically, the simpler a toy is, the less simple the experience. If you watch a child play with a stick or a ball or a cardboard box, you see the hours of enjoyment that come from manipulating these very basic forms in a variety of ways. Because of their simplicity, they don’t indicate an outcome. Instead, they provide points of departure for many different kinds of play. In imaginative play, they become props for an array of fantasies. In physical play, they become obstacles or building blocks. In social play, they are transformed by the interplay of ideas and decisions made by a group.

It occurs to me that this idea of non-linear play experiences connects back to my earlier post on circles and roundness as an aesthetic of play. If you think about it, the ability to come back to a toy repeatedly and continue to get value out of the experience is a cyclical process, and cycles are just a temporal version of a circle. So good play involves not just circles in form, space, and movement, but also time.

Simplicity gets sabotaged by the greedy designer. Says Harry Allen,

I worry that in our desire to sell toys to children, we do too much of the work for them. Toy designers have all the fun and leave little to the child’s imagination. One quickly tires of overly designed toys, but one never tires of one’s own ideas.

It’s an interesting notion: that toy designers are naturally those who like to play, and sometimes get overzealous in that process, keeping too much of the fun for themselves and overdefining the experience. To me, Puzzibits are a perfect example of that excessive design. I was excited when I first saw them because I love all kinds of building toys — Legos, blocks, and my absolute favorite, Tinkertoys. I loved the idea of Puzzibits because their rubbery material means that they’re flexible, an exciting twist that opens up the possibility of creating organic forms. But the reality just doesn’t meet the promise.

The flatness of the pieces means that they lend themselves most readily to 2D creations, which is fine, but not as exciting as the 3D forms. This is a problem of affordances. Affordance is a design-y word for the possibilities that are designed into an object or space; they are the ways in which form dictates function. Doorknobs and handles present a really good example of affordances that Donald Norman uses in his book The Design of Everyday Things. A round doorknob affords turning. A vertical handle affords pulling. A long horizontal bar affords pushing. You know if you’ve ever tried to pull a “push” door how frustrating it can be when the affordances of the design don’t match the intended action. In designing utilitarian objects, the goal is usually to constrain the affordances so that it’s clear how the object is to be used. A door that needs a sign that says “Pull” means that the form is not doing the work it should to make it clear how it’s supposed to be opened. “Pull” is effectively a one-word instruction manual for a door, an object so simple it should never need one.

With toys, the goal is the opposite: affordances should be as broad as possible. The more ways a toy can be manipulated, the more possibilities it engenders. Too few affordances, and the usage becomes linear and finite, which is what happens with Puzzibits. The rigidity of the attachment points means the pieces have to be connected in a coplanar way. That simple choice of connector design makes it very easy to achieve 2D compositions and very difficult to create 3D ones. The designers solve that problem with a manual. If a manual is undesirable in a functional item, it’s positively deadly in a toy. Manuals are not fun. Using them consists of following directions, and directions are nearly always linear in nature, prescribing an outcome. In this case, the manual shows constructions like animals or vehicles that can be built (prescribed outcomes). But even when the suggested outcomes are inspiring, the creation of those things requires such a dull, one foot in front of the other process that it’s like putting together IKEA furniture. On the other hand, free play with the toy is so constricted by the narrow affordances that it’s impossible to make any satisfying new discoveries.

This idea of new discoveries is so essential to what play’s all about. It’s about opening ourselves up to the unexpected, and that can only happen when the ending isn’t written into the form of the toy. Simpler forms lend themselves better to complex possibilities because less of their story is already written, leaving more for the players to create themselves. We know classic toys have a deep resonance that continues into adulthood. It also continues for generation after generation of children who discover the same pleasure that their parents and grandparents felt at interacting with these simple objects. It’s not nostalgia that embeds these toys into our psyches, but rather this aesthetic of simplicity that allows us to infuse them with personal meaning.

It’s a good principle, not just for toy design, but for emotional design of all kinds. Leaving room for the customization, interaction, and play by designing in an open-ended way allows users to write their own stories around their objects and relate in deeper, more personal ways. When it comes to aesthetics of joy, in some cases, less is definitely more. 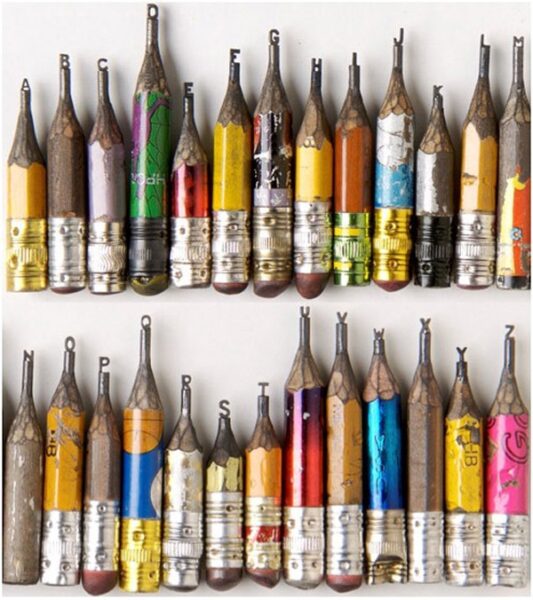