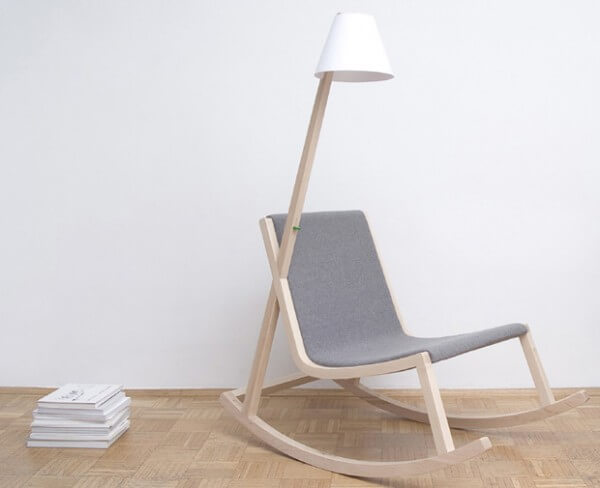 Arthur C. Clarke famously said, “Any sufficiently advanced technology is indistinguishable from magic.” With all the advances in the technologies becoming readily available to designers these days, it feels to me like I’m constantly surrounded by magic, constantly feeling amazed at what is possible in the world.

The chair above, called the Murakami chair by American designer Rochus Jacob, generates electricity by using a nano-dynamo in the rocker, which it then uses to power its own light. This harnessing of invisible energy feels so impossibly magical that it gives me a little burst of joy.

The fireplace below, designed by Camillo Vanacore, is intended to provide a safe and portable fire for heating purposes. The glass starts out opaque and turns transparent as the flames heat up, which does not seem like a necessary feature, but certainly adds to the magical feeling. But the real magic, for me, is enclosing fire in a glass, capturing its volatility and power in an inert vessel, kind of like the thrill of having a butterfly in a net, without the sad quality of restraining a living thing. 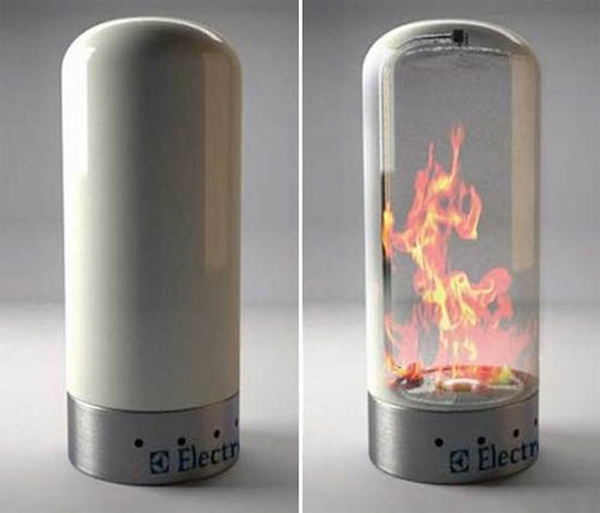 When I look at these designs, I think of Clarke’s words and it strikes me that the meaning of magic is always changing. There was a time when switching on a lightbulb was magic, when firing up a car’s ignition was magic, when seeing an IM ping on your screen was like a flash from the ether — incomprehensibly magic. Now these events are as routine as can be. As technology shifts, and as designers integrate that technology into our lives, the limits of possibility are pushed outward. Magic hovers along that line.

More interesting than the fact that the concept of magic is shifting is how it is shifting. For a long time energy was transferred into work by strictly manual means — every unit of work done had an immediate and understandable impetus. (Similarly, every unit of food consumed or clothing acquired contained for the user a knowable and comprehensible set of inputs and forces that led to its creation.) The magic of technology slowly took away our understanding of these things. It moved sources of energy far away from the work they delivered — from the proximity of the muscles to the distance of the coal-fired electric plant. (Same with food, clothing, and everything else we consume.) There was magic in work that could be done without an immediate proximate cause.

Now, technology is finding magic in immediacy again. It’s the Murakami chair that really drives this point home for me. We’re so used to power coming mysteriously through holes in the wall that we don’t even question it, and yet power that comes from the intuitive rocking motion of our own bodies feels impossibly wonderful. All of these new power sources being explored — the dirt battery or the battery that runs on sugar — have a similarly magical quality, and yet they relate to the things in our world that are the most mundane and elemental: movement, light, earth, fire. Simple pleasures that for all their lack of pretense have a little mystery hiding within.

{via PSFK: chair and fire}

The joy of solitude 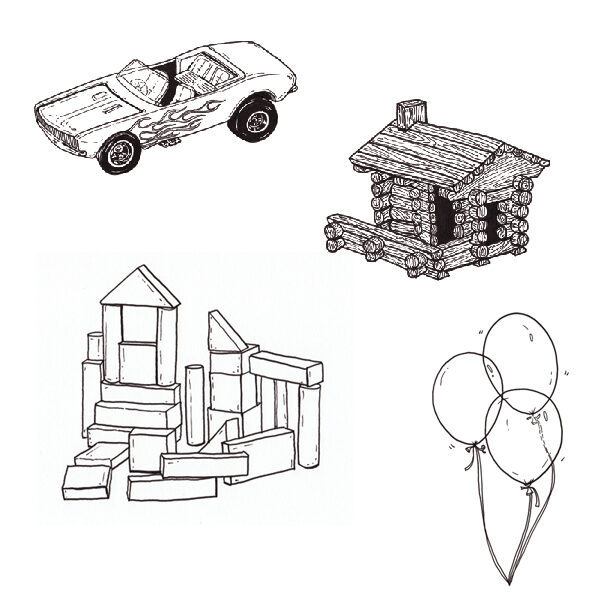