The magic of illusions 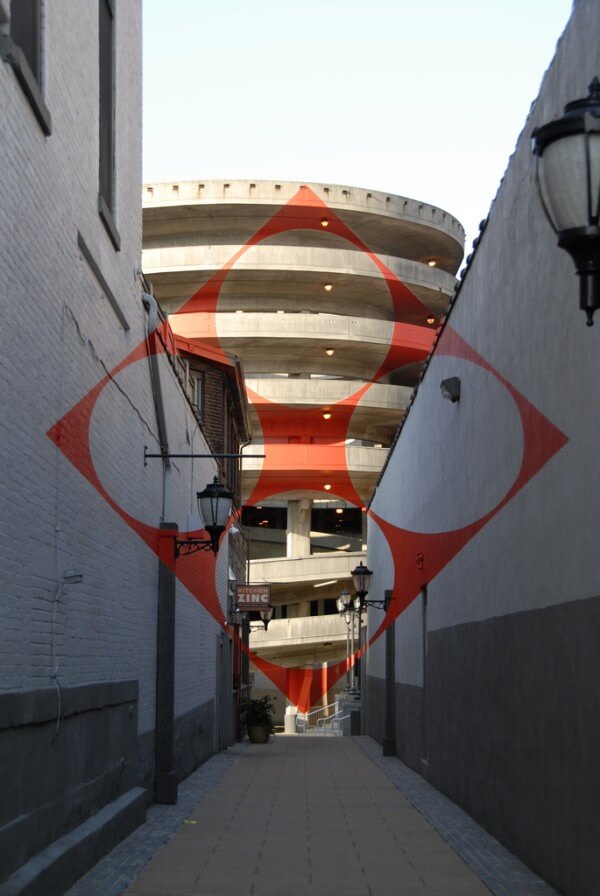 I’ve been wanting to do a post on illusions for a while now. There’s something interesting to me in the way illusions create a sense of wonder, revealing magic in seemingly ordinary images and forms. Illusions can also be somewhat unsettling, forcing us to accept that our usual standard for proof — “I’ll believe it when I see it” — is not always so reliable. This tension, between wonder at the impossible and subsequent distrust of our faculties makes illusions a fascinating area of exploration for aesthetics of joy. What determines whether an illusion brings joy or anxiety? And why are we so transfixed by illusions in the first place?

I started thinking about a piece on illusions after receiving an email about a new public installation (above) by the artist Felice Varini in New Haven, presented by Site Projects. The name was familiar, but I didn’t know his work; after a bit of exploration, I discovered that Varini specializes in the creation of a particular variety of trompe l’oeil illusion. The artist paints a large-scale graphic shape on three-dimensional surfaces so that when viewed from one particular spot, there is an illusion of a two-dimensional graphic superimposed on the scene. It’s hard to explain, but easy to understand if you look at these images or watch this video. 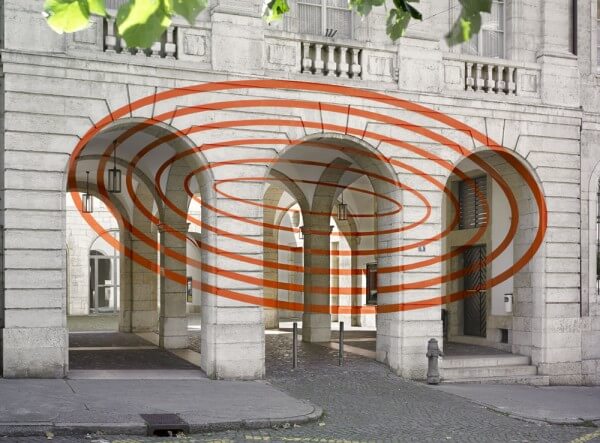 Trompe l’oeil (meaning “trick the eye”) illusions  like this can be particularly satisfying because they involve the demonstration of artistic skill. Usually this skill is used to create depth where none exists; Varini flips the convention on its head and creates an illusion of impossible flatness. To watch how he does this is extraordinary (see this video) because it is just so simple. Using projected light, he is able to identify and fill in the essential surfaces for his enormous illusions.

As often happens when you get an idea in your head, you start seeing instances of it everywhere, and suddenly I found myself surrounded by illusions. I attended a wedding in Santa Fe and found this installation on a wall in that city’s history museum. (The second photo shows how it works.) 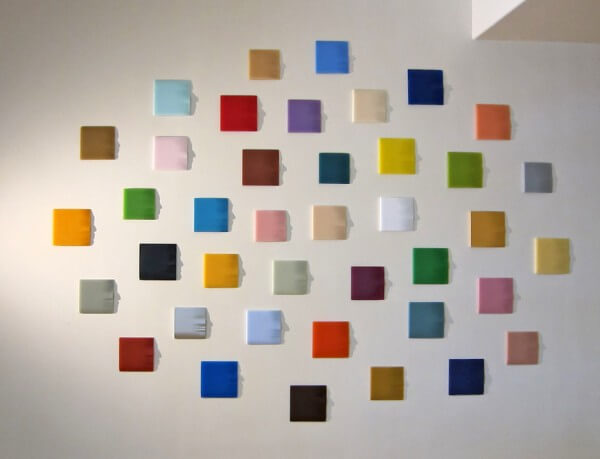 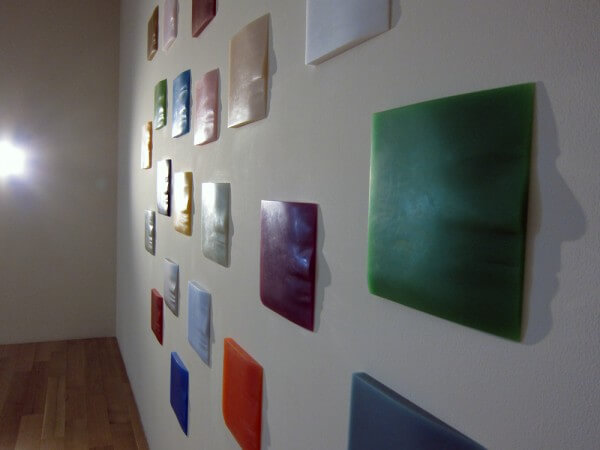 Then Scientific American Mind magazine released a special issue on illusions, featuring over a hundred different examples, noting, “Illusions push the mysterious and wondrous brain into revealing its secrets.” And shortly thereafter I ended up at a SciCafe event at the Natural History museum here in New York only to hear astrophysicist Dr. Neil deGrasse Tyson weigh in on the subject. As he waxed philosophical about the limits of human intelligence, he inquired, “Why do we call them optical illusions? We should call them brain failures!”

There’s an interesting tension in those last two views, both perspectives from science. Are the effects of illusions a demonstration of the brain’s wondrous workings, or are they evidence of its foibles and failings? Perhaps both. As neuroscience researchers Susana Martinez-Conde and Stephen L. Macknik observe in SciAm Mind, “Although our sensations feel accurate and truthful, they do not necessarily reproduce the physical reality of the outside world.” We trust the inputs from our senses when faced with conflicting information about something in the world. If we see an elephant but someone tells us we’re looking at a giraffe, we trust our eyes more than our companion. But when information from our senses conflicts with understood laws of nature, such as in this illusion (below) where a printed graphic appears to be moving, we become aware of the limits of our brain and our senses. Illusions are like test cases at these outer limits of perception. They reveal the boundaries of our brain’s ability to interpret the world in our minds, but in doing so, they also reveal just how successful the brain is at that task of interpretation most of the time. 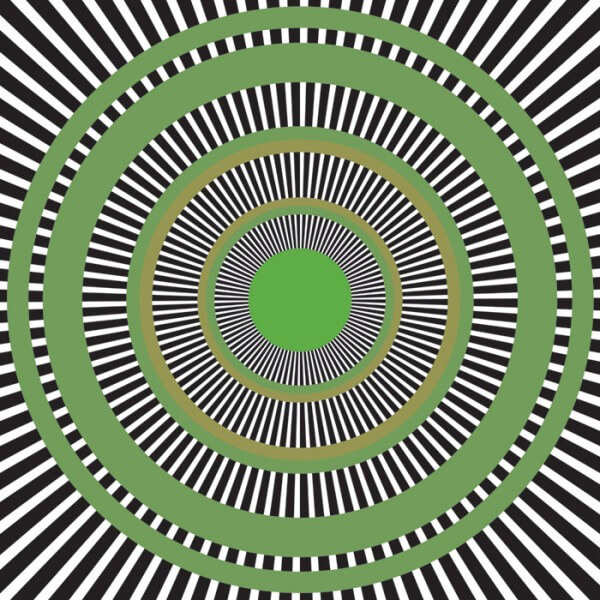 Am I off-topic here? What does any of this have to do with joy?

I think there is a strong connection between magic and joy: when the world presents us with an experience that is somehow impossible, implausible, or inexplicable by intuitive logic. Magic implies a contradiction inherent in the world. It brings joy when it’s non-threatening (otherwise it breeds anxiety) and when its secret is obscure enough that it can be re-experienced again and again. Optical illusions perform this kind of magic. Even when you know what kind of trick the illusion is playing with your brain, you cannot prevent yourself from experiencing it, which leads to a particular kind of rediscoverable wonder. Illusions are particularly fruitful for design because of this rediscoverability. They are more than visual jokes; they are satisfying even when you know the punchline.

The reality is that the magic of illusion is not evidence of a contradiction in the world. It’s a contradiction somewhere between the world and our own minds. They are lost-in-translation moments, “brain failures” in Dr. Tyson’s parlance. But our ability to find ways to play with these quirks at the margins of our perception has made them delightful failures — an accidental, yet beautiful sort of aesthetics of joy.

Felice Varini images courtesy of Site Projects. Installation will be up until June 2011. 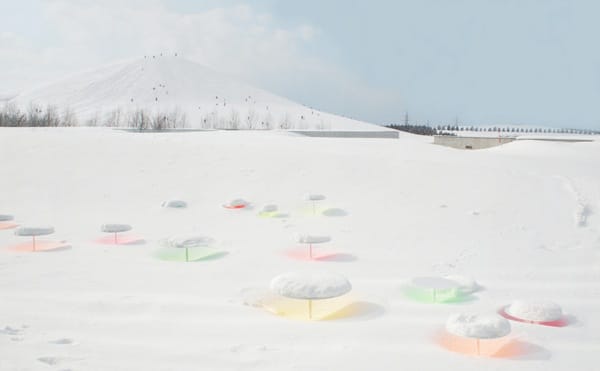 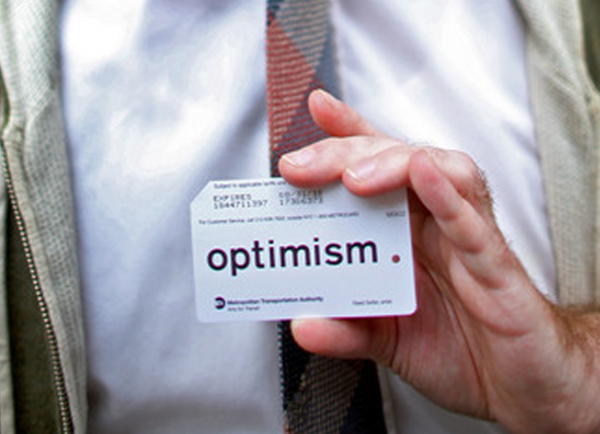 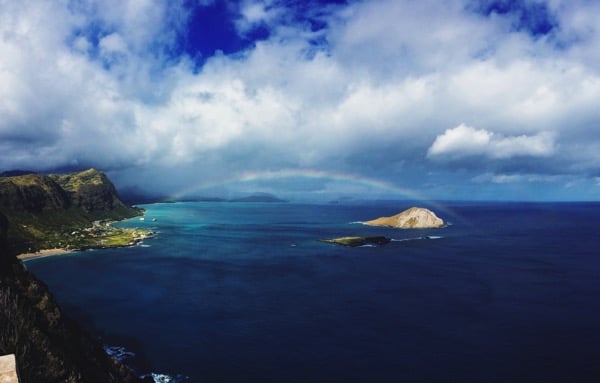