If you haven’t seen E.chromi, you’re in for a treat. A collaboration between designers and scientists, E.chromi is an exploration in an emerging field called synthetic biology. Led by designers Alexandra Daisy Ginsburg and James King, seven Cambridge undergraduates spent a summer designing new kinds of bacteria – ones that change color in response to their surroundings, creating a kind of chromatic diagnostic tool that can detect pollutants and diseases.

We don’t often think about science as designable, and if we do, it’s usually about genetically modified produce that has sinister implications. Perhaps E.chromi will suggest another point of view, illustrating a way that biology can work with design to produce valuable new tools for society. As part of the project, the E.Chromi team envisioned present and future applications for their color-changing bacteria. These ranged from a straightforward set of detectors for pollutants in water supplies to a line of cultured yogurt drinks that indicate wellness or disease by changing the color of the user’s excrement. (Poo is not usually an aesthetic of joy, but maybe in the future?) 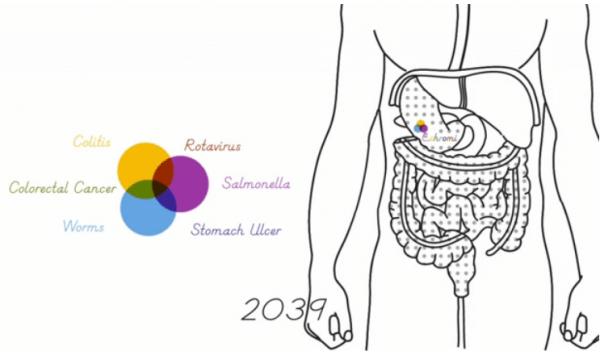 I love the thought of design bringing color to new places, particularly the redoubtable world of doctor’s offices and hospitals. With colorful indicator bacteria, medical tests may not be less anxiety-producing, but they at least could be de-mystified and brought out into the open. Perhaps their beauty might be some sort of salve, or at least feel more sympathetic than a line on a lab report. For preventative conditions, they might also be more clear and motivating; if high cholesterol resulted in a brown petrie dish, but low cholesterol turned things a cheery orange, maybe people would be just a little more inspired to cut back on the saturated fats. 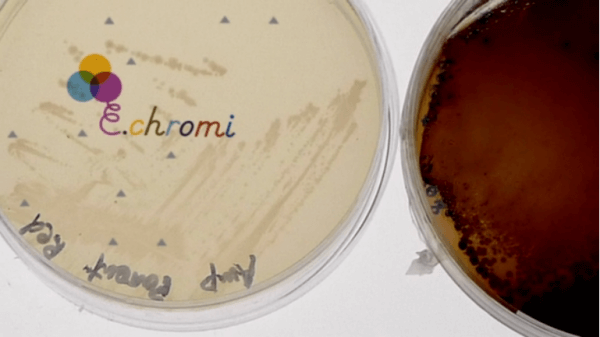 Every application I can devise for E.chromi makes its substrate just a bit more joyful, not to mention useful. You could imagine E.chromi in the soil of houseplants, a slight tinge that would indicate the right water levels and condition of the plants. Dunking fresh fruits and vegetables in a bath of E.chromi might show you whether your produce had been sprayed with pesticides, and help you see where they are to better wash them off. People with food allergies might be able to use a fine mist of an E.chromi spray on their food before eating it (especially relevant for schools, with the rise in allergic children). 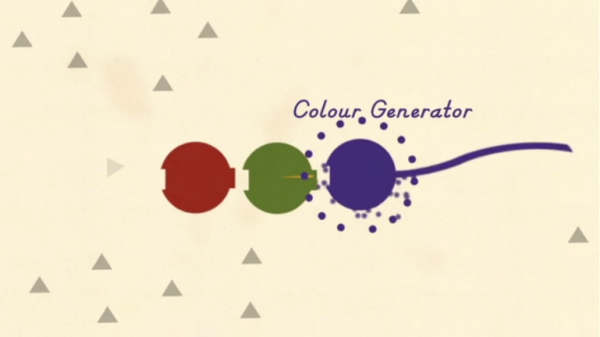 There’s design in the applications, but also the molecules themselves. The DNA sequences are composed of BioBricks, which serve different purposes in expression of the genes. One unit is a detector, which is calibrated by a sensitivity tuner that determines thresholds for the final brick, a color generator that turns the production of pigment on and off. I know it is more complex than this, but the description makes it feel akin to building a house or stacking Legos, and I find myself marveling at the range of scales on which design can impact our lives. From the tiniest microbes to the largest structures, the same processes and even the same aesthetics are at work.

What would you do with E.chromi? Does it make you feel joyful, or is it scary to you? Please share your thoughts in the comments. 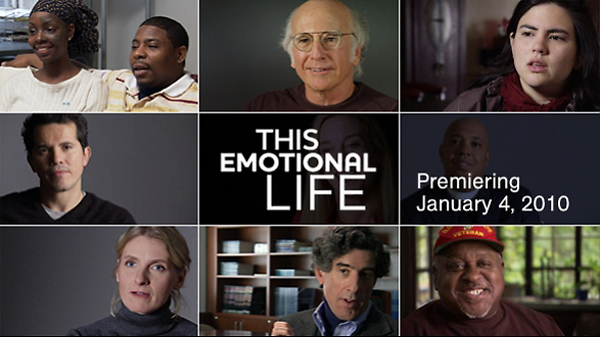 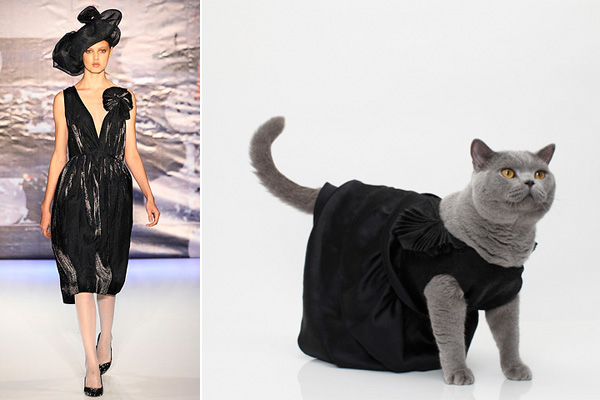 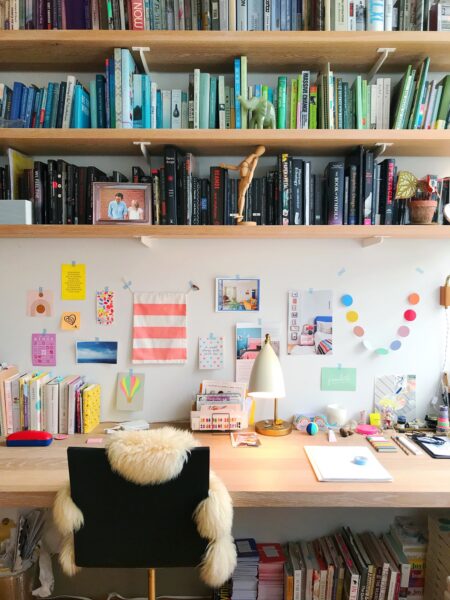