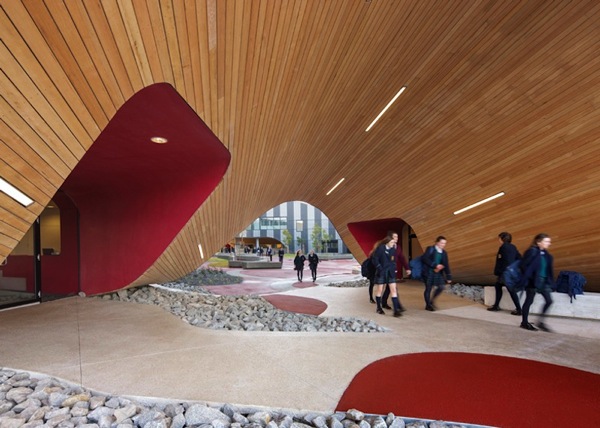 Late last year, in an effort to curb what it considers “wasteful extravagance” in the construction of school buildings, Britain’s government banned curves from the design of new schools. As reported by The Guardian, the new regulations specify that school buildings should have “no curves or ‘faceted’ curves”, corners should be square, ceilings should be left bare and buildings should be clad in nothing more expensive than render or metal panels above head height. As much repetition as possible should be used to keep costs down.” Also forbidden are folding internal partitions to subdivide classrooms, roof terraces that can be used as play areas, glazed walls, and translucent plastic roofs.

Instead of the bespoke designs by famous architects such as Zaha Hadid and Norman Foster that have made headlines and stretched budgets, the UK is focusing on building schools for efficiency, aiming for standardized plans with “baseline designs.” The new schools will be based on a set of no-frills templates that are intended to cut school building costs by 30% and save up to £6 million per school.

Cheap, plain, functional, square: is this the right environment in which to cultivate a new generation of citizens, workers, creators, and thinkers? Obviously, I don’t think so. And while lots of questions have been raised about the plan, I don’t think the discussion has gotten to the heart of what’s so wrong with this approach.

It’s almost laughably clear that Britain’s education secretary Michael Gove has contempt for architects. At a conference on schools last year he was quoted as saying, “We won’t be getting Richard Rogers to design your school, we won’t be getting any award-winning architects to design it, because no one in this room is here to make architects richer.”

Architects’ responses, though in the right, unfortunately make them sound like they’re simply trying to defend their work pipelines. Says Peter Clegg, one architect who has designed a number of UK schools “It is extraordinarily over-prescriptive and it shows an extreme lack of trust in the architectural and construction professions to deliver schools to budget.”

The absence of a reasoned, evidence-based voice on the impact of aesthetics on child wellbeing and development points up just how badly most people misunderstand the role of their environment in human thriving. If we agree with Plutarch that a mind is a fire to be kindled and not a vessel to be filled, if we agree that schools are gardens for nurturing curiosity and passion, not factories for learning (and I hope we do), then we should all be concerned with a philosophy that ignores the constant effects of color, texture, form, light, and pattern on the mind and body.

Daylighting, the feature that has been all-but-precluded by the inability of Britain’s new schools to have translucent roofs, has been shown to improve student behavior and increase educational performance. In a 1999 study by the Heschong Mahone Group, a consultancy specializing in energy efficient structures, analyzing standardized test performance among over 21,000 students in three US states, students in the sunniest classrooms advanced up to 26% faster in reading and up to 20% faster in math than students in the classrooms with the least daylight. (It’s also worth noting that daylighting also increases energy efficiency, reducing costs.)

Curves, the flashpoint of most of the media coverage of the plan, also have a connection to emotional wellbeing. I frequently cite the study by Moshe Bar and Maital Neta that showed that we have an automatic activation of the amygdala, a brain structure associated with unconscious anxiety and fear, when looking at hard angles, and that no such activation is present when we look at curves. Curves are the safest of forms, with no dangerous edges, so it’s no wonder that children seek them out. Curves are also primally associated with play. The movements of play are themselves curvilinear — children at play run in swooping arcs, and when play-fighting, their movements are distinguishable from real fighting by their curvilinear gestures. Though there are not yet studies on the impact of curves and child development, it is fair to say that there is a strong link between curves and both safety and play, which are foundational to education and exploration.

The smaller spaces called for could also present constraints, literally. In one study conducted by researchers at Singapore Management University, a group of participants asked to come up with a range of solutions to a problem came up with 25% more creative solutions when able to wander freely than those who were confined to a small area marked out by duct tape on the floor. This study comes from an emerging area of research called embodied cognition — literally “thinking with the body” — that is still in its infancy but holds some real promise for helping us better understand the link between our senses and movements and our performance and wellbeing.

All of this suggests that a school building is far more than a container in which learning happens. In fact, a school building is a vital and active part of the learning itself. The structure of the school is the space with which a child’s mind will engage more than any other during their most formative years. Schools need inviting and tactile structures and varied spaces that invite play, exploration, and movement. And we need more research that helps prove out the link between the beauty and vibrancy of our spaces and our creativity, mental performance, and learning.

For contrast and inspiration, these images of a school that is deliciously curvy at all scales are from the Penleigh and Essenden School in Australia, designed by McBride Charles Ryan architects. 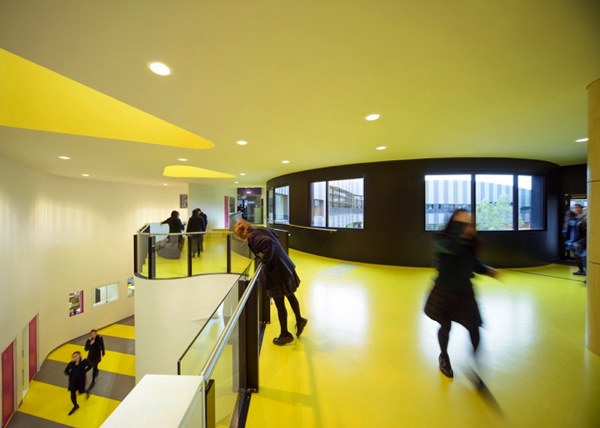 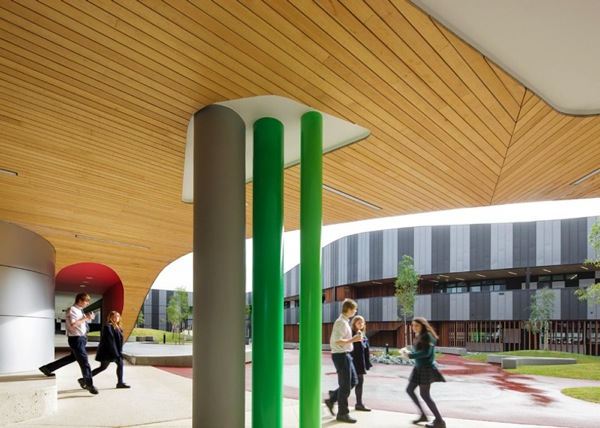 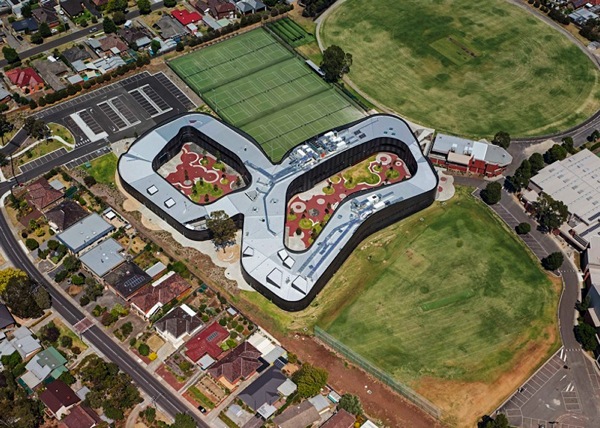 And lest I add too much fuel to the argument that curvy has to be costly, have a look at these images from the Handmade School in Rudrapur, Bangladesh. Designed by Anna Heringer and Eike Roswag using local materials such as loam, bamboo, and straw, and inspired by the spaces children love to play in such as the branches of trees and small caves, the school’s philosophy happens to be “learning with joy.” It sure does show. 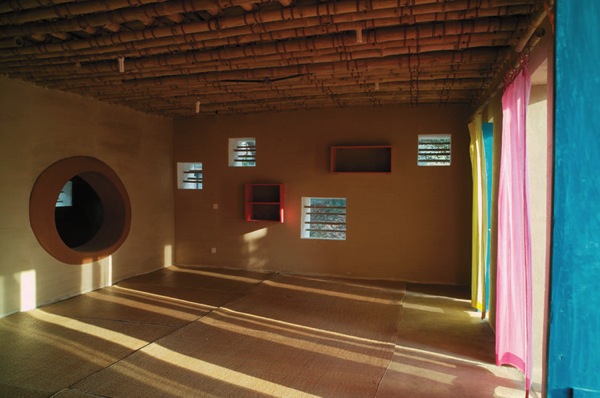 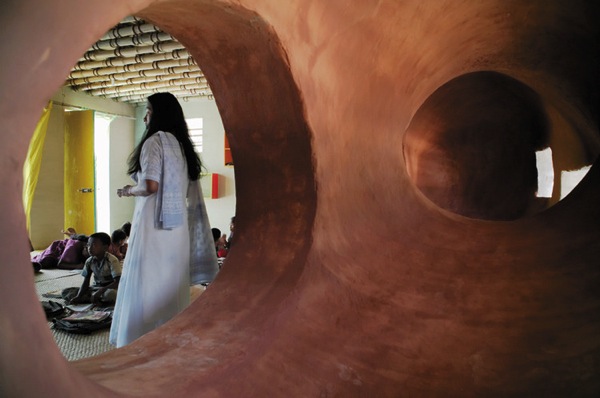 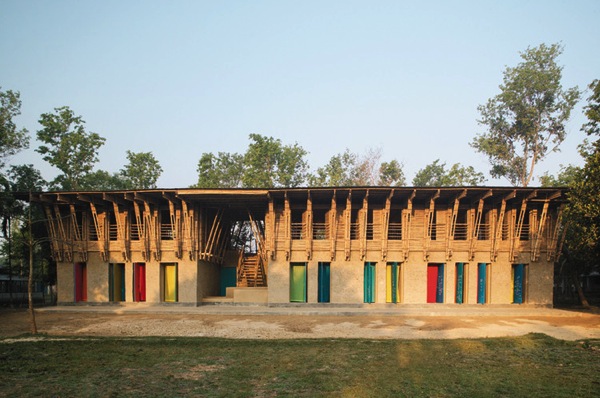 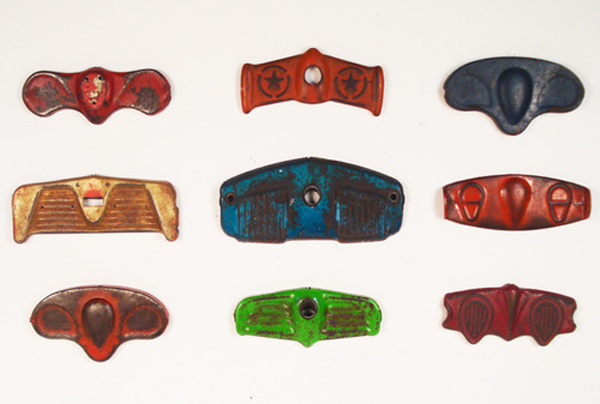 On joy and order 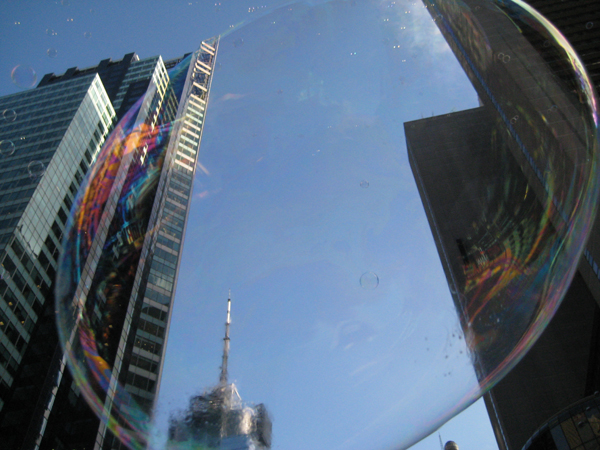