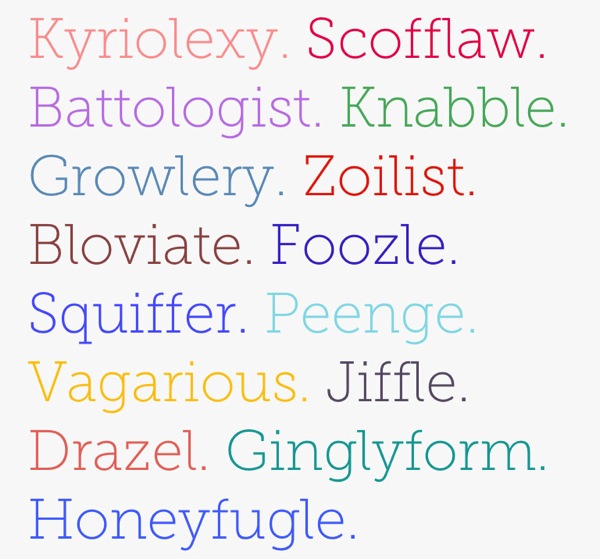 Did you ever play Balderdash growing up? The game that dredges up words from obscure corners of the English language and invites you to concoct silly definitions for them? That’s what my brain wants to do when I make my weekly trip to Lexican, a pretty site that is as charming as it is simple.

Lexican is not your average word-of-the-day site. Created by graphic designers Studio Jubilee, it is intended as a “collection of forgotten words.” That these are forgotten words, mined from quarries outside the boundaries of our vernacular, makes them strange to us. They are recognizably English, but they feel foreign; we know instinctively how to pronounce them, but not how or when to use them. They are like discovering rare spices, or a cluster of heirloom tomatoes — deceptively familiar oddities.

But more that just strange, these words are also pleasurable, wonderful, and recreational. These are not everyday words; you don’t come to Lexican to get a jump on your SATs. With a onomatopoeist’s ear, these words seem chosen for the pure joy of saying them. Many conjure a smile just saying them aloud. This is a common phenomenon, to love the sound of certain words, and not just with such fringe words as tittynope and squiffer. This competition for favorite words hosted by NYT writer Ben Schott received over 350 comments, including words mundane (glossary), frivolous (tutti-frutti), and literary (callipygian). Some entrants gave reasons for their submissions that related to meaning or usage, but for many more it was simply about sound. (One entrant typed his word and simply directed, “Say it out loud.”) On the flip side, the word moist is often voted among the least liked words in the English language, and some have speculated this has to do with the “oi” sound being unappealing. 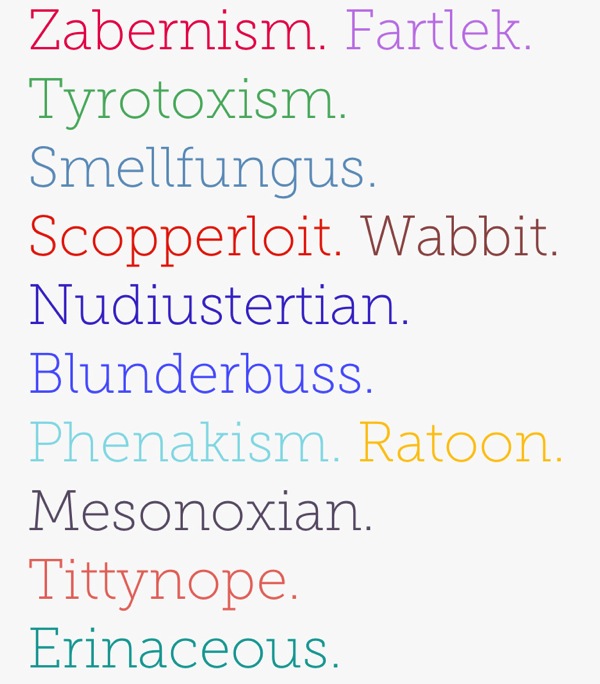 But why do we care about the way words sound in the first place? Why is there joy in a particularly sonorous word?

Neuroscientist Mark Changizi observes that the tones of our spoken languages tend to mimic sounds in nature. More specifically, he asserts that the predominant sounds in language are sounds common in the interactions between solid objects that are common in the natural world. These solid-object events  are primarily hits, slides, and rings, which correspond to different kinds of sounds. He explains in more detail:

According to Changizi, our capacity for language essentially co-opted an existing auditory system optimized for detecting sounds in nature and discerning the different categories of these sounds. Living on the savanna, it likely was important to be able to tell the difference between, say, two boulders smacking into each other (hit sounds) and running water (more slide-like sounds). So developing an attention for sounds that developed and refined the auditory capability to distinguish them was important.

And perhaps – now this is my speculation, not Changizi’s – our pleasure system evolved to reward attention to certain kinds of sounds, just as it rewards attention to colors and patterns and faces, which provides evolutionary advantages and facilitates brain development in children. Perhaps we love the sounds of certain words because they mimic certain lovely natural events, like the whoosh of a breeze rustling the tops of the trees or the click-clack of pebbles running through your hands. It would be interesting to see a linguistic analysis of favorite words, and to see what natural sounds comprise them.

But until a willing and able linguist takes up the cause, enjoy the menagerie that is Lexican. It may be a bit of a rabbit hole, but it’s a frabjous one for sure! 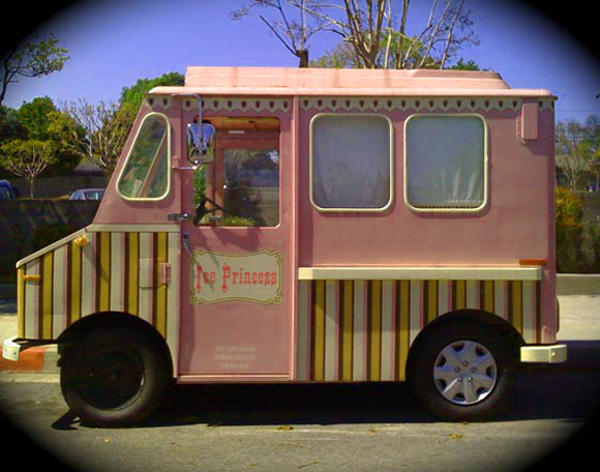 Ice cream trucks around the world 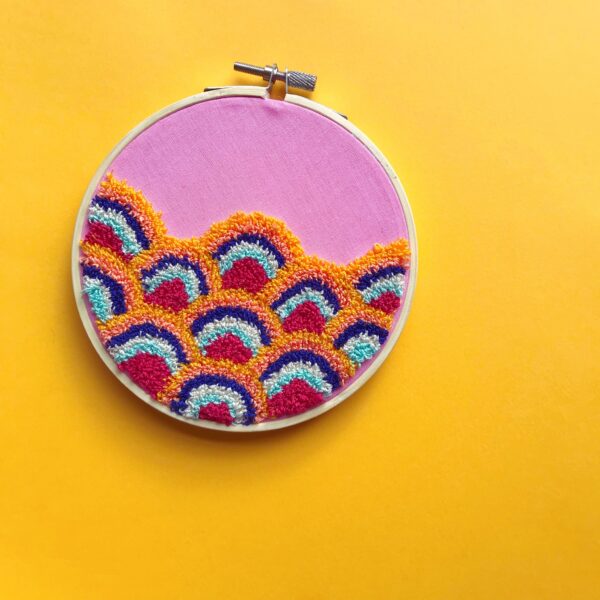 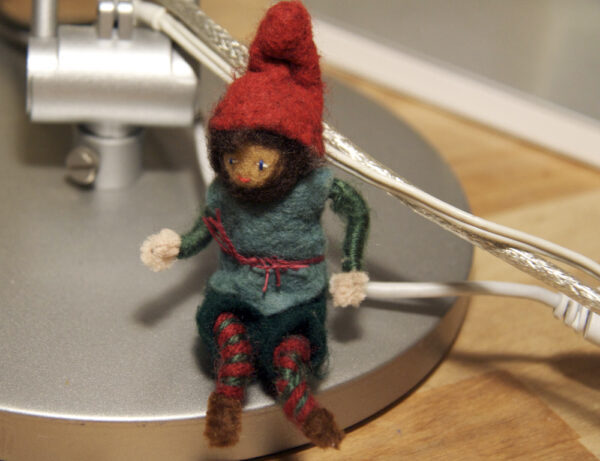