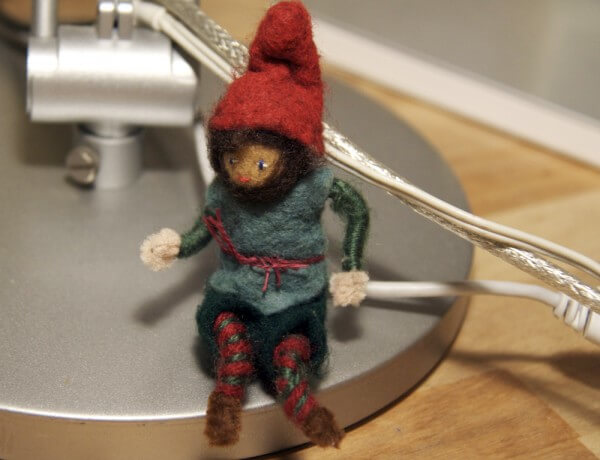 The other day when my laundry came back, I opened the bag and started to put away my clothes, and there in amongst the hand towels I discovered this little guy. A hitchhiker! He was just sitting there, hanging out, as if it made all the sense in the world that he should be there. To be honest, it was kind of creepy at first. An unexplained intrusion into my mundane evening, with vaguely magical undertones.

I had to figure out how he got there. I wondered if maybe he was a gift from the laundromat, a holiday thank you for my business. But when I called to ask, the woman had no idea what I was talking about. (Not a normal query, granted: “An elf. In my laundry. Did you put it there?”) As far as I could tell, she thought I had received someone else’s garment by accident and she asked me to return it next time.

So he must have arrived by accident. I looked it him more closely. Cute gnome. He’s made out of beautiful felt and pipecleaners and wool yarn. He doesn’t look like he’s been through the laundry — so it’s not one of those situations where he got stuck in the lint filter like a sock and emerged in the next load. It’s a mystery.

What’s wonderful — and for me, joyful — about this kind of mystery is that while I know there’s a rational explanation for the gnome’s appearance, it’s hidden from me. The gnome is felt and yarn and wire — it’s made of matter and must obey the laws of physics. Wherever it came from, it had to take a tangible path to get here. Perhaps it fell out of a crafter’s purse or pocket while she was shifting her sheets from washer to dryer, adhered to the laundress’s sleeve by static cling, and made its way into my bag. But I don’t know that story — no one does — and for me the gnome’s past is a giant ellipsis. This would be a nonstarter if the item were a sock or a teddy bear. But it’s an object that takes a form with a built-in magical narrative. Gnomes, elves, fairies are the stuff of myth and lore. If anything has a plausible reason for mysterious behavior, the gnome is it. The gnome roams, as we learn in Amelie and those Travelocity commercials — it appears in places, without taking a journey to get there. Just like my gnome. In a way, it’s a silly and trivial happening. But I wanted to share it because I think it provides an interesting example of the alignment between magical narratives and magical aesthetics.

For the meantime, I’ve decided to keep him. When I was working at Landor in Sydney, my coworkers and I used to joke when we were overwhelmed that we needed a magic gnome to handle the extra work. Well, right now I have ten days until I present my research on Aesthetics of Joy for the first time, and there are lots of loose ends to tie up. I could use a magic gnome. As my mom says, sometimes things find us. And right now, my gnome just makes me feel like the mysteries of the universe are working in my favor!

*** Please bear with me if posts are sparse over the next two weeks as I complete this last leg of my masters. I will be back in force come December 14th, with lots of photos of my latest joy-inspired furniture pieces and many thoughts I’ve been saving up to post. Thanks for reading! 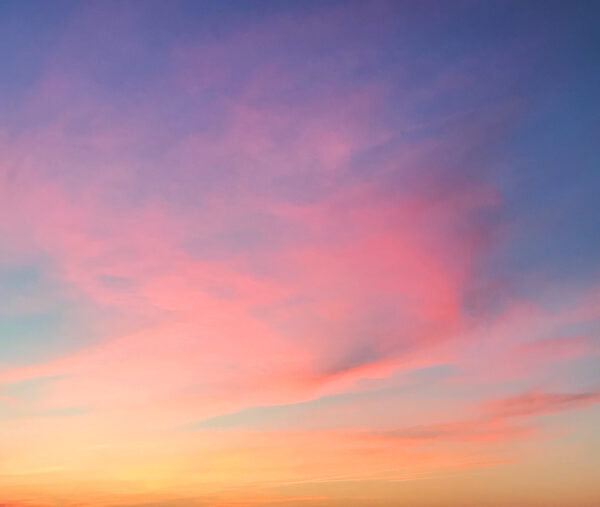 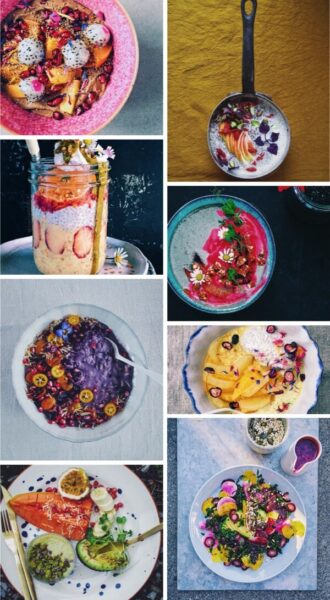