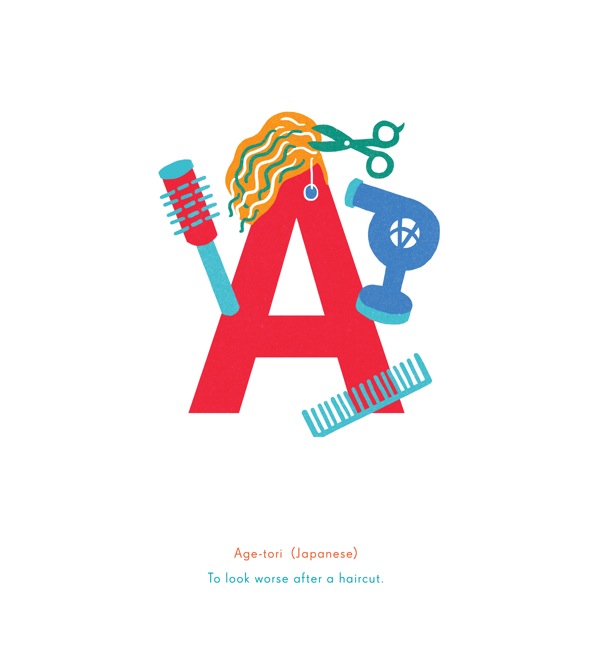 Today’s Joymaker profile spotlights Chris Duffy, one of the founders of a soon-to-be-released humor magazine for the iPad called Paperweight. I was excited to hear from Chris that Aesthetics of Joy was an inspiration for the design of the magazine, and looking forward to seeing how joy manifests in the experience when it launches. I asked Chris about how he and his cofounder Brian use the iPad’s uniquely interactive environment to create joy, and to talk more broadly about the connection between joy and humor.

Why did you decide to create Paperweight?

Brian and I met performing comedy together in Boston. I’m a writer and editor and he’s a web developer. We’d both been dreaming of starting a humor magazine and when we figured out how perfectly our skills matched, we decided to go for it. Brian and I felt that there wasn’t yet a hilarious magazine that was championing beautiful design and taking advantage of the interactive capabilities of the iPad. We both had met so many unbelievably funny people who didn’t have a platform for their work. That’s why we decided to created Paperweight.

How do you want people to feel when they read Paperweight?

Physically, we want our readers to be laughing so hard that they experience shortness of breath, muscle spasms, and difficulty communicating. Unfortunately, those are also signs of a heart attack, so we’ll settle for a wide grin and a chuckle.

What do you think is the relationship between humor and joy?

That’s a great question. I think James Martin, a Jesuit priest who wrote Between Heaven and Mirth, a fantastic book about the role of humor in spirituality, says it best. “Finding a spirit of joy in your life may help you become a more humorous person, someone capable of seeing things from a ‘funny’ side. Seeing something from a humorous vantage point can spontaneously fill you with joy. (Imagine a friend making a funny comment about a tough situation in your life that helps you gain some needed perspective.)”

What are some ways that you go about creating joy when designing for the iPad?

The biggest way we try to create joy is through surprise. The reason we’re so excited about designing for tablet computers instead of print or the web is because of the interactive capabilities. We can literally make a magazine that talks back to you. We’re working on creating all sorts of interactive surprises, from a button that translates our content for dogs to a board game called “How to Survive the Work Day.”

We’ve also focused on creating a joyful aesthetic, one that I think readers of this blog will immediately recognize. We have polka dots! And colors! And clean lines! Unlike a lot of humor publications, design is really important to us. We want to make sure that the visual experience matches and enhances the quality of our content.

If you were a joke, what joke would you be?

The great irony here is that, like most comedians, I find it really hard to tell a joke out of context. Choosing which one to become is even more difficult. I’ve always loved these two though:

Isn’t it a bit unnerving that doctors call what they do “practice”? – George Carlin

Bless me, Father, for I have sinned. I did an original sin. I poked a badger with a spoon. – Eddie Izzard 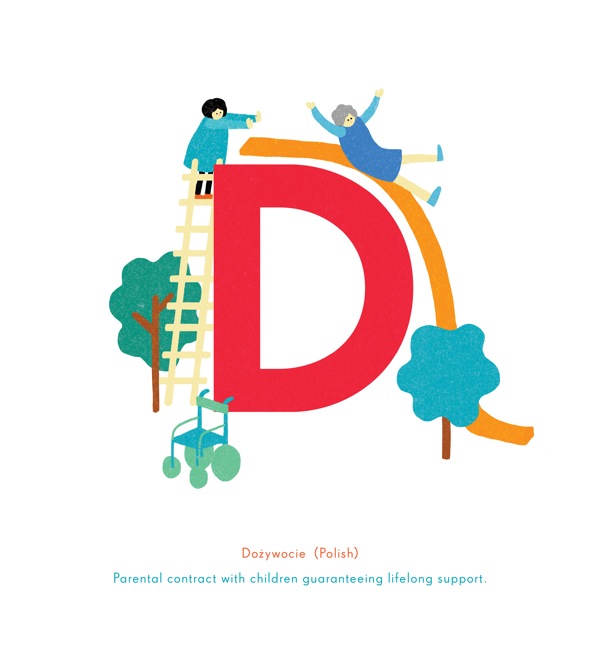 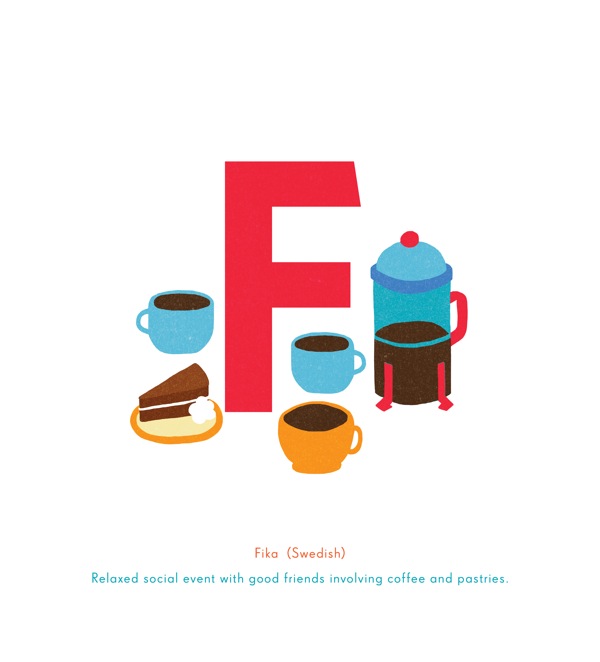 If you like what you read, you can help Chris get Paperweight off the ground by funding their Kickstarter. They have some pretty delightful rewards — check it out!

Images (aren’t they to die for?): Excerpted from “Alphabet of Untranslatable Words,” by illustrator Fuchsia MacAree, slated to appear in the launch issue of Paperweight magazine. 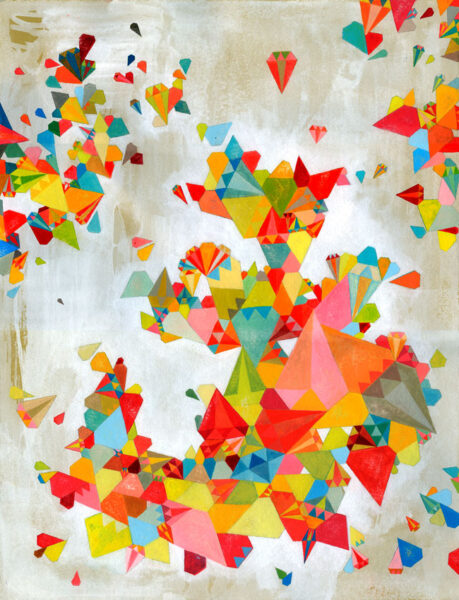 The magic of kites