It was sometime in September, around the one-year anniversary of the publication of Joyful, and I was talking to my therapist about it. I described the feedback I’d received in the last year, the stories I’d heard, and how gratifying it was to feel like this thing I had been working on for so long was actually influencing other people’s lives in positive ways. And then I summed it up by saying, “So it’s good enough, for now.”

I thought about it for a moment. As a type-A, achievement-oriented person, I find I’m always looking at the horizon, even without thinking about it. I’m grateful for what I’ve accomplished and I’m always up for celebrating it, but almost as soon as that’s over, I’m thinking about the next thing. Good enough has always been a transitory measure, a milepost on the way to something else.

Yet since then, I’m finding that the question “What is enough?” keeps popping up in conversation, especially with other women who are juggling family and work and their own personal growth. How much success is enough? How much money is enough? How much food / exercise / effort enough? Am I giving enough? And at the root of it all, a question our unconscious often whispers, Am I enough?

Enough is at root a measure of sufficiency, and because of this, it is vital to joy. We are all free to set our own point of satiety. Some may be overjoyed by a quiet, monastic existence while others may crave a life filled with adventures, collections, and conversations. Either end of the spectrum can create joy, but if we do not understand what enough looks like for us, then we will always feel like we need more.

More, of course, is the counterpoint to enough. As I think about, it seems that part of our obsession with more can be linked to the pursuit of happiness. American culture has a more-ness built into it, rooted in the fantasy of the frontier that promised an ability to expand endlessly westward. Our consumer culture links happiness to more, to acquiring the thing we do not have — the new car or shoes or home — that once possessed will complete the puzzle and make our lives enough. Except as Mad Men’s Don Draper once put it, “What is happiness? It’s a moment before you need more happiness.” More begets the need for more.

Then there is also the fact that we are living in the age of hustle, one that fetishizes morning routines of entrepreneurs who rise at 4am to out-exercise, out-meditate, and out-achieve their competition. And we are living in the age of metrics, where we have constant feedback in the form of steps and likes, measuring our exertion and our popularity and inviting us ever so innocently to compare ourselves to others, or even just to ourselves.

In this landscape, the lure of more is hard to resist. And in the relentless pursuit of it, our own intuition around what is enough becomes hard to hear.

Naturally, one of my first inclinations is to look to science for answers. For example, in answer to the question “How much money is enough?” researchers have found that happiness increases with income only to a point. Estimates of what this magic number is vary by region, from $35,000 in Latin America to as high as $125,000 in New Zealand, after which happiness starts to level off and even decline. Not only does hedonic adaptation come into play (where we acclimate to our good fortune, leveling off our happiness), but evidently, wealthier people often compare themselves to others, and don’t always use their extra wealth in ways that increase their wellbeing.

Another question: We know from studies that social connections are integral to our happiness, but how many friends is enough? According to anthropologist Robin Dunbar, while we can manage relationships with up to 150 people, most people can handle close relationships with only five people. A subsequent study analyzing cell phone data in the UK supports this, finding that on average, people have just over four people that they call most frequently. So while it might seem like the more the merrier, it really only takes a handful of close friends to make us feel connected.

Science can provide a good calibration, as it often reminds us that enough is less than we might think. At the same time, these numbers are not one-size-fits-all. Marie Kondo thinks 30 books is enough. I would have trouble limiting myself to 300. There’s no extrinsic source of wisdom that can replace our own inner knowing of what enough means to us.

In fact, as soon as we start to look to others to help assess what enough is, we often end up wanting more. When researchers looked at the question of when do people feel their house is big enough, they found that people find value in a larger house only until someone on the block builds a bigger house. As soon as comparison enters the picture, it clouds our sense of enough and diminishes our joy.

An easy antidote to the toxin of comparing ourselves to others and getting caught up in the need for more is gratitude. While gratitude is often touted as a panacea for all kinds of ills these days, its greatest value is as a tool for reminding us of the value of what we have. By turning our attention to the abundance in our present circumstances, it helps to fight the sense of scarcity that sends us out in pursuit of more.

I also think it helps just to ask the question. When I talked to my friend Mollie West Duffy, one of the authors of the book No Hard Feelings, about emotions in the workplace, we discussed this sense that no amount of work is ever enough. Mollie suggested asking the question, “What is going to be good enough for today?” I’ve started doing this around 4pm, the hour at which I typically scan the many items still to do on my list and start to calculate how many I can reasonably accomplish. I think sometimes the pursuit of more is a mindless one, and just calling our attention to the question is often enough to discover that enough is closer to hand than we realized.

I still struggle with the balance between knowing what’s enough, and my big, bold dreams. It’s human to strive for more, whether that’s the desire to grow a family or write another book or learn and master something new. But lately I’ve realized that those two impulses, while in tension, don’t necessarily need to pull me apart.

Back in that therapy session, where I was talking about the first year of Joyful, my therapist asked, “What would it feel like to just accept that this is good enough?”

I got quiet and tried to listen. An image came into focus. There was a stout young woman with pigtail braids, wearing Bermuda shorts and holding a clipboard. Without looking up from her clipboard, she shook her head and said, “We gotta roll trucks!” The image widened, like a camera panning out, to show a warehouse with big delivery trucks behind her, being loaded and directed out to their destinations.

I burst out laughing as I tried to describe this vision. This is my habitual self, a wonderfully industrious part of me that I know all too well, but had never pictured in quite this light. My rational mind was offering up a sensible notion of good enough, but this inner part of me wasn’t having it. So used to moving on to the next thing, that little pigtailed supervisor couldn’t imagine the luxury of reflecting on the trucks that had already rolled, the happy customers with packages in hand. All she knew was that there were more trucks to go out, and she’d better get them moving!

We laughed together for a bit. Then my therapist asked, “Is there a way that these two ideas could coexist somehow?” (As an aside, this is one of the things I’ve found most helpful about therapy: the gentleness with which a great practitioner can help you treat impulses you might be tempted to fight or judge, and instead reveal a way to honor them while growing in a new direction.)

Suddenly, I saw it. “You are enough.” It appeared on bumper stickers on the trucks. On a giant banner in the warehouse. Embroidered on the uniforms of the drivers. “You are enough.” We can roll trucks while still keeping that reminder present. We can move on to the next thing while acknowledging that more is a desire, not a need. We can venture out remembering that what we’re search for is not perfection, but growth, and that where we embark from is a place not of hunger, but of satiation. 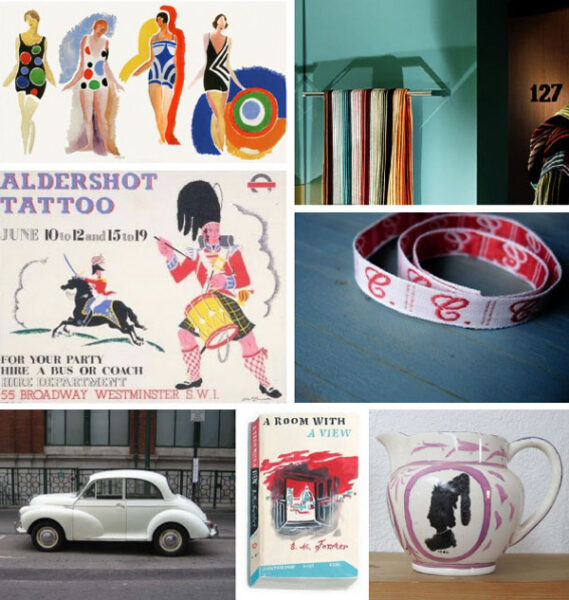 The joy of the old 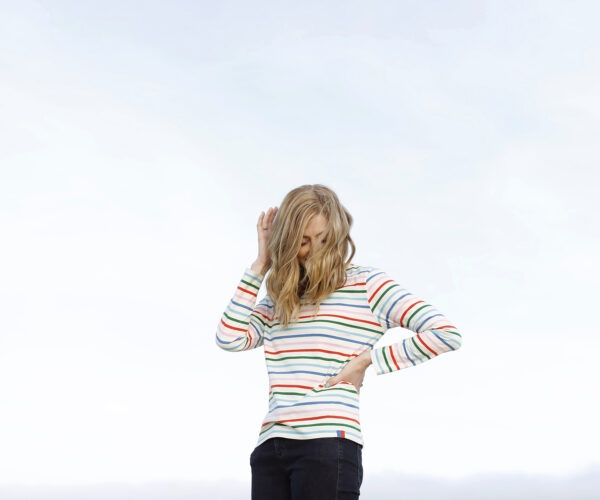 What to do when everyone seems happy except for you 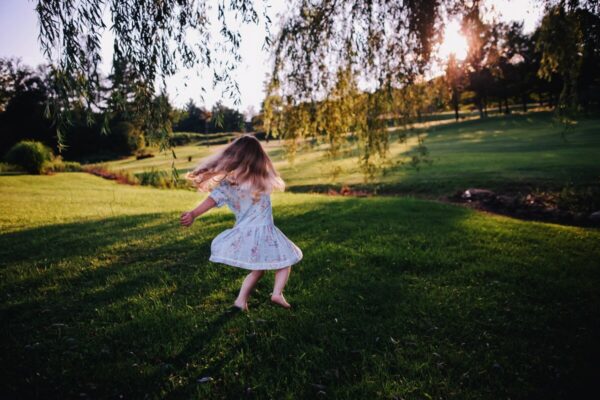 One Question for a More Joyful Day