The joy of illegal rainbows 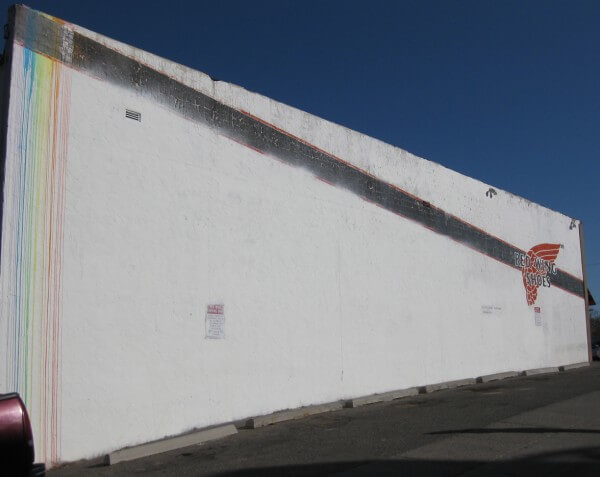 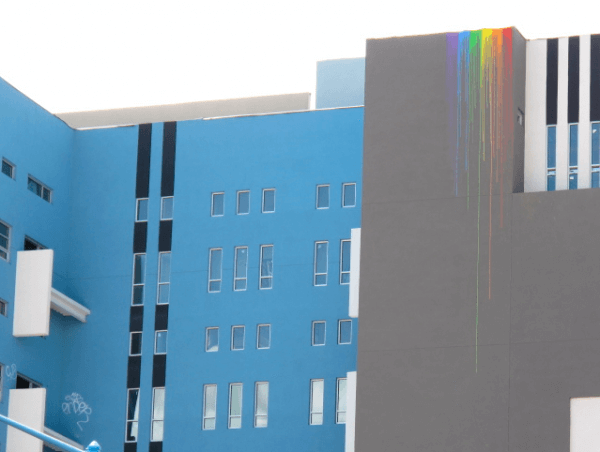 A wonderful find, from my dear friend Mara of Neither Snow, is this “rainbow warrior.” The warrior is a street artist working in Albuquerque, using spilled paint to pour rainbows off the tops of buildings. He (or she)’s really got some people riled up (see newscast, here) and it strikes me as remarkable that people can be so dour in the face of rainbows.

About three or four years ago … I was feeling really depressed and I had this notion that if I went out and painted a rainbow, maybe someone would see it and feel what I was feeling or feel anything as intensely as I was. The first one I did, I just literally dumped the paint over the side of a pretty ugly, abandoned, alleyway building.

And this is the warrior on street art:

I want to inspire other people. That’s part of all my art; it’s always positive. I think I chose street art to inspire somebody else in a way that’s outside of the box. Like somebody who wouldn’t normally be exposed to street art, somebody who would just walk past it. Street art really saves a lot of people who are down in their lives and on their luck. This is their one and only outlet. Plus, you get an immediate response from people. A lot of times it’s just, Look at that graffiti on that freeway wall. But maybe the graffiti on the freeway isn’t the ugly thing, maybe that’s not what they’re angry about. Maybe they’re angry about how for the last 10 years you’ve been driving through this prison freeway with these big ugly gray walls and it just took the graffiti to point out the ugly that was already there.

I find this tension – between the forbidden act of graffiti, technically vandalism, and the delight people are discovering as a consequence – acutely compelling. Is an illegal rainbow still joyful? Here’s a letter writer commenting on the rainbow warrior situation:

So, somebody lays down a rainbow on the thing, a piece of art (and yes, it is art, even if it is “free,” and maybe especially so) that pokes fun at the mess, that makes me grin and say, “That’s a little better!” As a life-long citizen of Albuquerque, as someone who has had his very personal property damaged by genuinely malicious individuals: this isn’t the same thing. Is it graffiti? Yeah. Is it the same as somebody tagging a vulgar word on the car my parents gave me when I went to college? No. The intention of the rainbows is perhaps mischievous, but it is definitely not malicious. The intention, and the execution, is a wink, a laugh, a little unexpected burst. Worth a slap on the wrist and a good talking to, nothing more.

(Ok, and now I’m going to pause, because the 400 words and 45 minutes I just spent finishing this post have vanished into the ether that is this charming second day of the new year. [Deep breath and a moment to convince myself it will come out better the second time around.] Ok…)

I like this distinction between mischief and malice. The mess the writer refers to is the Anasazi building, the most public of the warrior’s targets, a high-rise which had recently been taken over by the Albuquerque government because the developer was charged with fraud, (a crime with no discernible aesthetic value). I like the idea that the rainbow has in a way recast an unfortunate incident for the citizens of the city. Redemption, via transgression.

How important is this element of transgression in the joy we feel from street art? Is there something inherent in the violation of boundaries that fuels our pleasure when we look at it? The carefree disregard of the strictures of private ownership and the numbing conventions of urban aesthetic culture? Maybe our delight is less about the vibrancy of the color, and more about the irrepressible spirit that put it there.

I’ve been wondering this in the wake of a visit last week to Wynwood Walls, a collection of murals in an artfully dingy Miami neighborhood. Wynwood brings together works by a range of street artists, well-known names like Futura, Shepherd Fairey, Nunca, Space Invader, etc. under the sanction of gallerists and developers, in a project that dropped out of Art Basel 2009. I really like a number of these works (particularly the piece by Nunca, below), and I recognize that the mainstreaming of street art gives these artists a chance to make a real living, but I can’t help but wonder: Is some of the joy lost by bringing these works into this kind of walled garden? Tamed by the light of legality and legitimacy, are they just a bit less vibrant, a bit more inert?

Maybe my previous question – Can an illegal rainbow be joyful? – had it backwards. Maybe it’s precisely the illegality that touches us. Mischief, with its attendant unpredictability and freedom, makes us feel vicariously free. 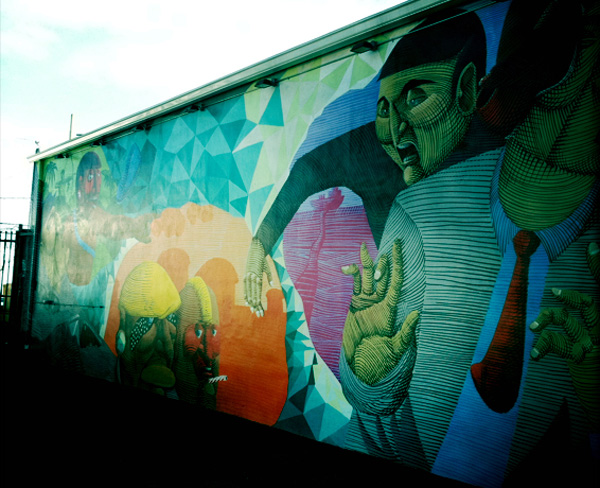 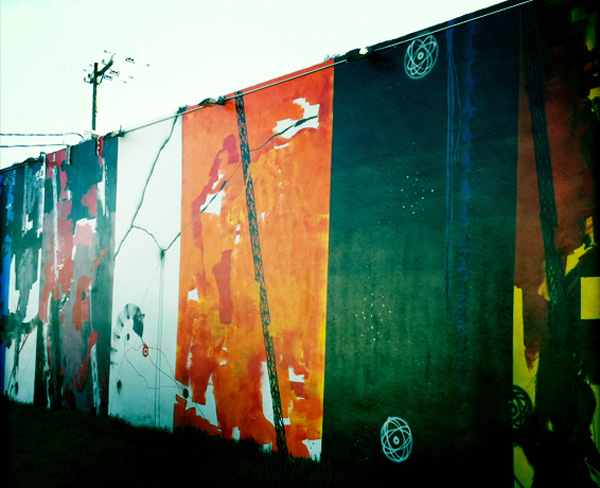 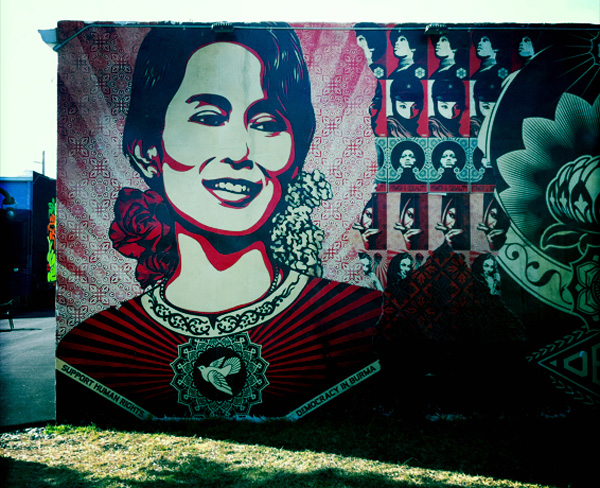 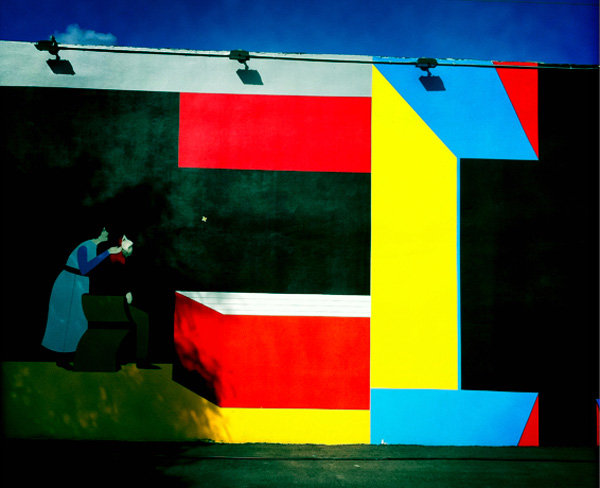 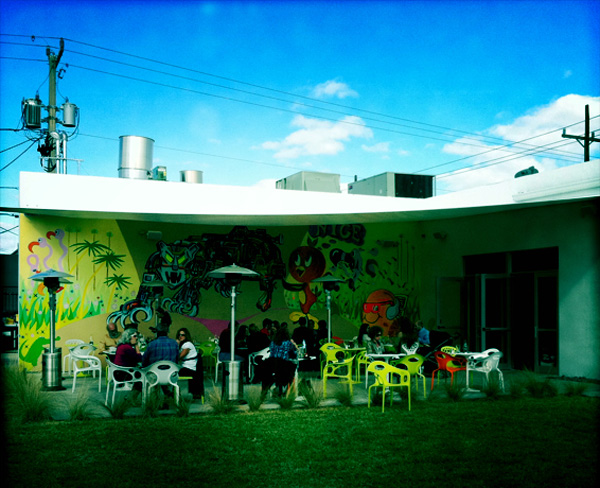 By the way, if you find yourself in Miami, definitely make your way over to Wynwood and see it for yourself. Have lunch at the Wynwood Kitchen and Bar and wander the zillions of galleries which seem to have sprung up, perfectly distressed-looking, practically yesterday. It’s a nice day out, and a welcome departure from the excess of the design district.

Rainbow Warrior images via Patricia Austhoff and The Fibe Squad. And again, thanks, Mara. 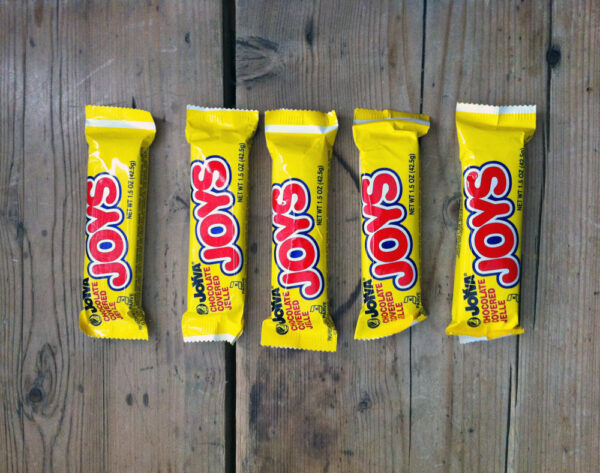 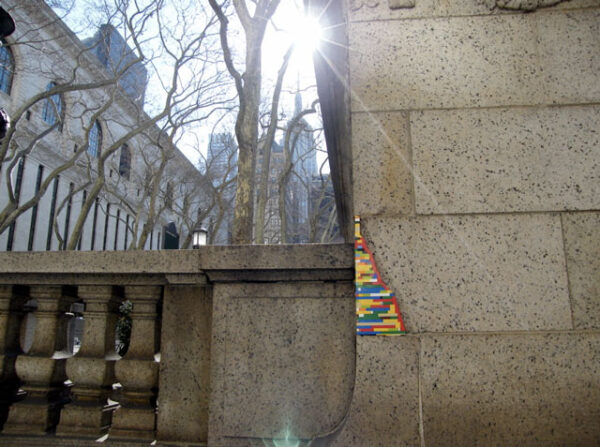