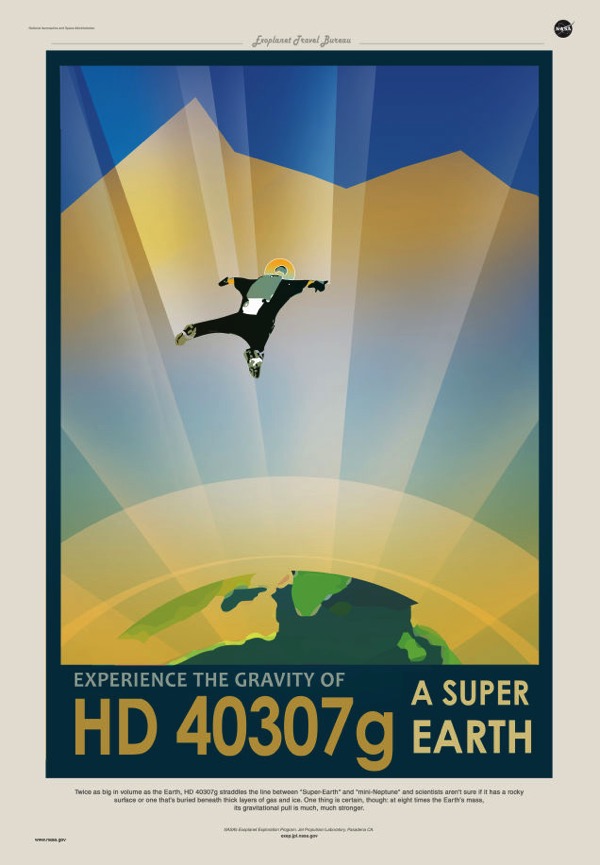 The expression itself often comes wrapped in wonder. You hear it after a Hmm… or a Whoa! Because even though it’s a practically universal truth that wonders never cease, we seem always to be astonished when we encounter one. As if wonder were scarce. As if the world’s capacity to dazzle and awe were anything other than endless.

But of course that’s the nature of wonder, to puncture our current reality, which we always think is as big as reality can be, and show us a glimpse of what lies outside our bubble. Science is doing this all the time, mostly behind the scenes. White-coated scientists eke out miracles tucked away in labs, waiting for a ray of sunshine to cast their work into its moment in the light. But I don’t think most scientists believe that creating wonder is part of their job. They find so much joy in their own searches and they dig so deep into the particulars, they often don’t notice the gulf between their own curiosity and the rest of us. Yet science needs wonder, because wonder lights the fuse that burns towards discovery.

So it’s refreshing to see these “travel posters” by NASA’s Jet Propulsion Laboratory, a deliberate attempt for a science pioneer to cultivate the kind of fascination that brings us all along. Branded as being from the “Exoplanet Travel Bureau,” they visualize life on new planets being discovered by Kepler, NASA’s planet-hunting telescope that seeks out other Earth-like planets in our galaxy. 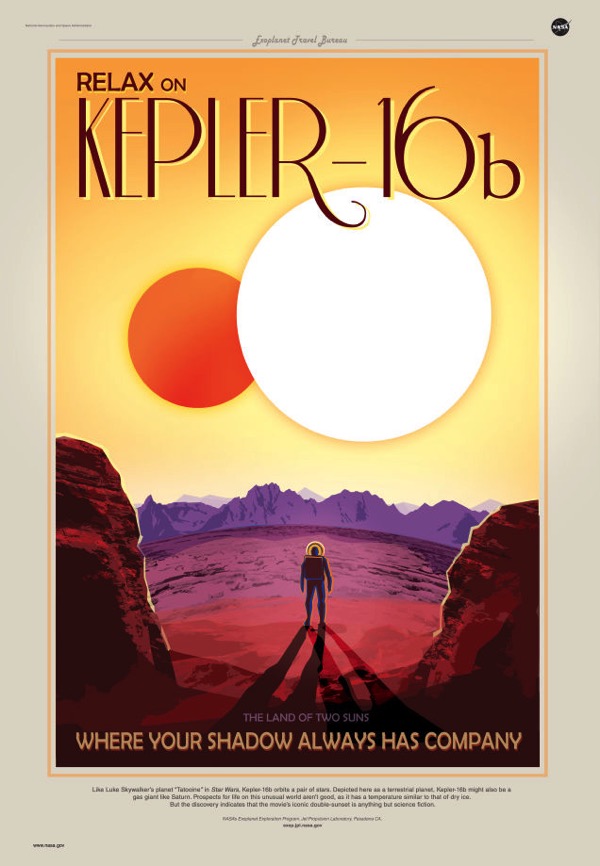 There are many things to love about these, not least their charming retro design and lighthearted tone. But what I love most is that they use facts not as a way to speak to our intellect, but to our emotions. They take measures of gravity, visible light spectrum, and solar relationships, and they recontextualize them in human terms: an experience of super-gravity, a rainforest of red foliage, a land of two shadows. By co-opting that singularly contemporary language of enticement—advertising—NASA makes these places seem inviting, rather than eerie, giving us new appreciation for the staggering variety of worlds beyond our own.

At root, wonder is simply a dance between the strange and the familiar. Here, NASA creates wonder by making the strange familiar: using a known visual and verbal language (posters, destination renderings, taglines) to underscore the oddities many light years away. But it can also work the other way, by making the familiar strange, as in one of my favorite anthropological essays, Horace Miner’s “Body Ritual Among the Nacirema,” which I won’t ruin for you if you haven’t read it by describing it here. Either way, collapsing the space between the foreign and the quotidian often yields some kind of aha!

I don’t know whose idea it was at NASA to create these posters, but we need more of this kind of clever. We may never get to see our two shadows on Kepler-16b, or see Kepler-186f’s jungles blush red like Vermont in October, but just knowing they exist makes us able to see our own green, regular gravity, single-sun planet with new eyes. It’s nice to be reminded that wonders never cease in the universe. But just as delightful is to realize our own world is a wonder too. 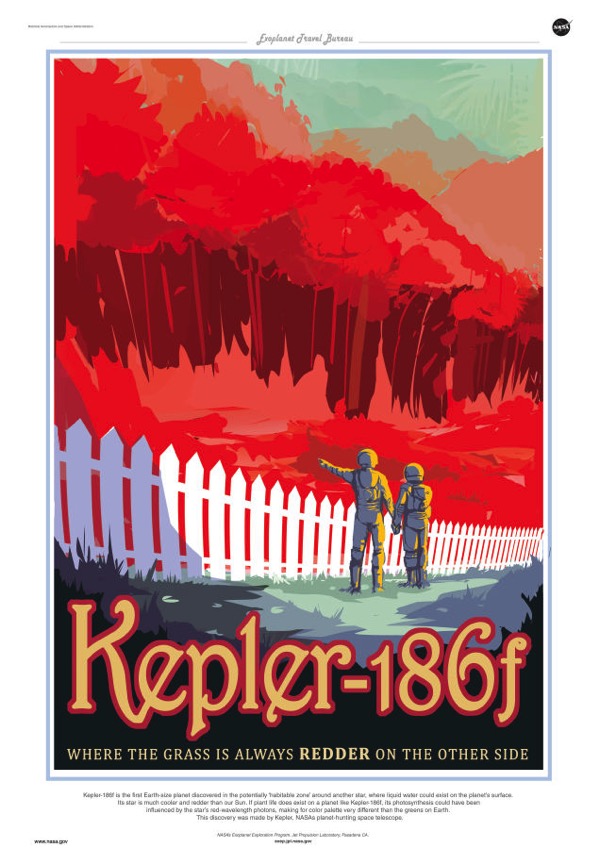