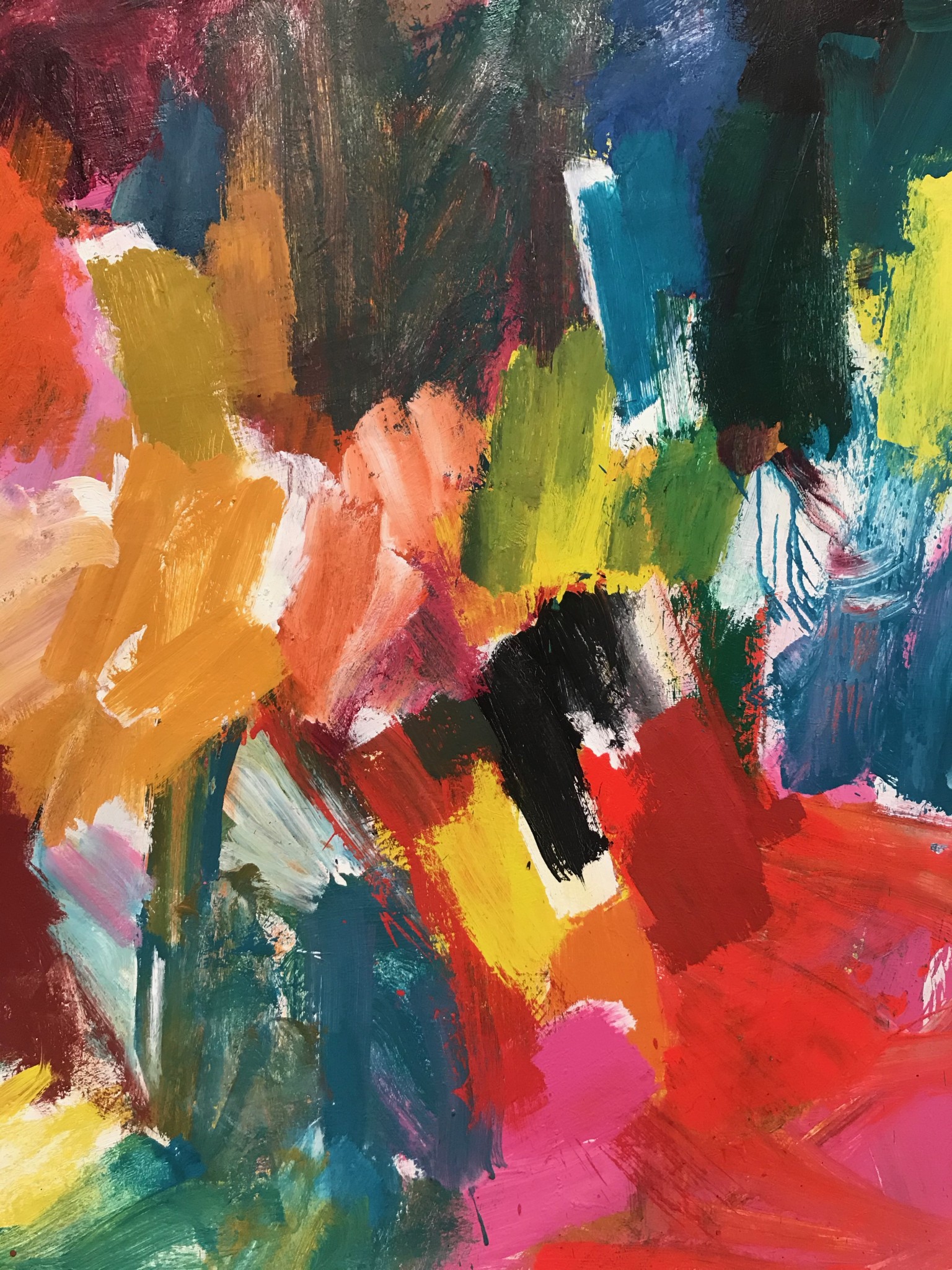 Emotions have an edge on thoughts, too, because of their visceral power. Thoughts zip around the brain on neurons and neurotransmitters. Emotions do that too, but also flood our whole body with hormones. They twist guts into knots, blush cheeks, and make legs quiver. They can spill saltwater from our eyes or pull every hair on our arms into a vertical state. They electrify our muscles. Which makes sense — after all, the purpose of emotions is to move us to action. The word emotion comes from the Latin roots e- + movere, which means “to move us out of ourselves.”

I often explain my philosophy on joy this way: I believe that joy isn’t just something we have to find. It’s also something we can create, for ourselves, and for others.

But if emotions are so out of our control, then how do we create them? We can’t exactly manufacture them, running them off an assembly line the way we do headphones or bouncy balls or window frames. No, when I say we can create joy, what I mean is that we can create the conditions that make joy more likely to arise. We learn what joy likes, what it’s attracted to, and how to tempt it out of hiding. We can’t force it. But we can make it more likely to visit.

For example, we know that joy is more likely to arise in a colorful place than in a drab one, among the whimsical shapes of the playground than in the grim cubicles of the office, when there’s laughter nearby as opposed to silence. It’s not that joy can’t appear other places; it often does. But as the old saying goes, you catch more flies with honey than vinegar. So why not get into the honey business if you can?

The thing I’ve been thinking about lately when it comes to our emotions is that sometimes they don’t come so readily to the surface. Sometimes they can get stuck. This is especially common among survivors of trauma, as psychiatrist Bessel Van der Kolk describes in his deeply fascinating book The Body Keeps the Score. For those who have experienced profoundly disturbing or painful events, emotions can become repressed, leading to a persistent feeling of numbness, or they can be spontaneously triggered and relived at inopportune moments, such as the way that veterans suffering from PTSD can have agonizing flashbacks when hearing the booms of fireworks on the 4th of July.

For traumatized people, the experience of emotions as involuntary is heightened, so much so that Van der Kolk says that “traumatized people chronically feel unsafe inside their bodies… Their bodies are constantly bombarded by visceral warning signs, and, in an attempt to control these processes, they often become expert at ignoring their gut feelings and in numbing awareness of what is played out inside.”

We don’t need to be survivors of trauma, though, to find that some emotions have difficulty working their way out from the unconscious into either physical expression or conscious awareness. Maybe you’ve felt this with grief: a sense of intense awareness of your grief, yet an inability to cry. Something in you is holding back, even though you have the conscious desire to feel the fullness of it, and to express it. Until one day you see a photo or the timbre of a voice that resembles one you know you won’t hear again, and the dam breaks, and it all pours out.

Expressing our emotions is cathartic, and generally helpful, though there are exceptions. (Be careful with anger, which tends to deepen, not lessen as we express it. Going to a boxing class to pound out one’s rage or yelling at someone may actually activate bodily systems tied to fight-or-flight that intensify the anger and make it harder to overcome.) In general, repressing emotion leads to feelings of frustration, helplessness, and numbness, whereas expressing helps us move through the emotion, take action, and grow from the experience.

I’d been thinking about this when I saw the following tweet:

Sometimes we need to let things out. But there’s no magical switch on us that initiates this kind of catharsis. Because it’s emotions we’re talking about, the only way in is oblique. It occurs to me that this is why we find music so compelling. Melodies and harmonies take such a direct route to our emotions that when we pull up a playlist, we are effectively DJing our feelings, calling up sentiments we might need to access but can’t elicit in any other way.

And while this is particularly useful for negative emotions, the ones we avoid because they make us feel vulnerable or weird or out of control, and therefore often get trapped on their way to expression, it’s relevant to our positive emotions as well. Joy can get stuck too. If you had someone who judged your joy, someone who mocked you for how you played or laughed or sang, then you may have learned that it’s safer not to express it. Or even if no one was outwardly judgmental, but you didn’t have someone who was receptive to your joy, who understood you and laughed with you, you may have begun to keep your joy inside. Joy, too, needs art, music, stories, and sensations that can help draw it out.

It seems to me that our surroundings and our art can be a kind of midwife for our emotions, pulling our innermost feelings up from the depths and allowing them to expand out into the light. And in the process, helping us live freer, more honest lives.

One way to use this, as Chuck Wendig suggests with the movie Coco, is as a direct approach to emotions you know you need help surfacing. But it also occurs to me that an experiment to try might be to explore art, movies, or music of a different emotional register than you typically gravitate toward. Perhaps you have been avoiding not just this kind of art, but these emotions, for a reason. And perhaps by gently agitating them, you might create space to let them out. 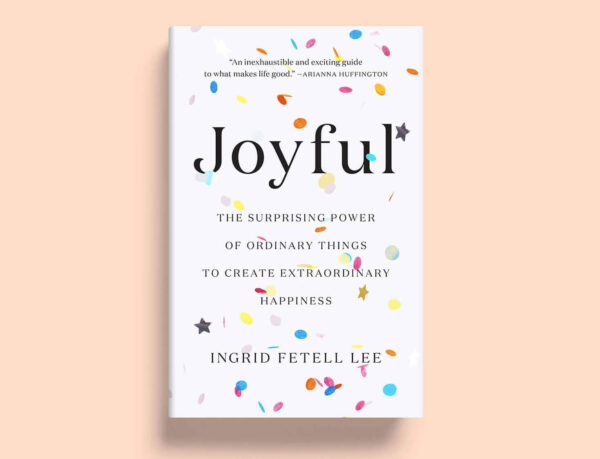 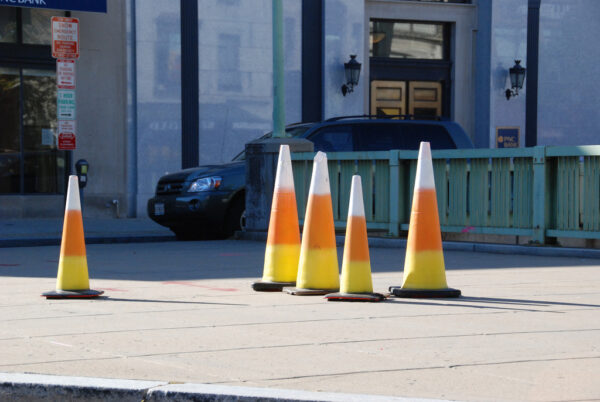