3 Things I’ve Learned About Joy From a Baby

When you tell people you’ve recently had a baby and you happen to write about joy for a living, it’s not uncommon for them to respond by talking about much joy a baby brings into your life. We call babies “bundles of joy” for a reason — and in my own experience, becoming a parent has brought a wellspring of new joys into my life, both mundane and profound. But that isn’t what this post is about.

No, what I want to talk about in this post isn’t the joy of becoming a parent, but rather what I’ve learned about joy from watching a brand new person wake up to the world. As I’ve witnessed Graham’s cycles of emotions, his wonder and delight and frustration, it’s given me a new perspective on my own joy as an adult. So in this post, I want to share three things I’ve learned from him about adult joy, and how we can cultivate more of it in our daily lives.

The Delight of Repetition

Adults typically don’t revel in doing the same things over again. We read books once, then file them on the shelf. We watch movies and shows through to the end, but wouldn’t dream of watching most of them a second time. We roll our eyes when people retell the same stories or jokes, because once you know the punchline, what’s the point?

But babies love nothing more than to do the same thing again and again. They’ll happily play with the same toy every morning, delighted it’s still there after their long night’s sleep. If you stack up a pile of blocks, they’ll be thrilled to knock them down, whether it’s the first or the hundredth time they’ve done it. They live to read the same books over and over. (One recent night Graham insisted on doing the same lift-the-flap book five times in a row before bedtime. Every time we tried to move on to a different book, he kept reaching for it again.)

In fact, for babies, many things seem to become more joyful the more they are repeated. Peek-a-boo was just a weird thing we did at first, but as G. has gotten a feel for the rhythm of it, there’s more joy each time we do it. Same with a little thing we call “the fabric game,” where I throw a swaddle blanket over him and pretend I don’t know where he’s gone. This game has always been a favorite, but lately makes him laugh harder than ever.

We’re quick to dismiss those who like to eat the same meals, do the same workout, and wear the same clothes again and again as boring. But witnessing the joy that babies find in repetition, I realize that there’s an often overlooked delight in the familiar. Research confirms this, showing that people frequently underestimate how much they’ll enjoy a repeat experience, such as a museum exhibit, movie, or video game. The reason is that we fail to anticipate how many new details and nuances we’ll discover when we experience something a second time. Having knowledge of the plot, for example, frees us to focus more on the characters or the setting of a story. Knowing that we like a particular recipe allows us to pay more attention to the details of how the spices go together.

Babies, with their limited experience of the world, don’t get jaded by having done something once. They come to repeat experiences with their curiosity intact, trying to notice what is the same and what is different. It reminds me of how yoga teachers will sometimes say, “you’ve never done this pose before,” even when it’s a pose you’ve done thousands of times. The pose is familiar, but if you think, “Ugh, I hate this pose, I can never get my leg into the right position,” then you’ve prejudged the experience and deprived yourself of the chance to surprise yourself. But any experience can be new and exciting, if you bring a baby’s mindset to it.

The Power of a Pace Change

Babies’ emotions change suddenly, often without warning. One minute you’re happily flying them overhead like an airplane, the next they are howling with frustration and no toy will satisfy them. I used to think that this kind of meltdown signaled hunger or tiredness, and while this is sometimes true, it isn’t always. Often, the solution is a change of a pace — a radically different activity that breaks the flow of what you’re doing and resets the emotions — an emotional palette cleanser of sorts.

I discovered this quite by accident one day, as I was wrestling a cranky, grabby baby who had just eaten and was nowhere near ready for a nap. At a loss for what to do, I lay him in our hanging chair, sat on the floor next to it, and started gently spinning him around in a circle, letting the rope wind up and gently unravel. After a minute or two of this, he was totally calm, and we went back to what we had just been doing happily for another half hour. Other pace changes I’ve found include bouncing on an exercise ball, getting up and walking around, playing music, or going outside. Each of these provides a break in the activity, a mini reset button that dissipates the tension and allows us to start fresh.

But babies aren’t the only ones who benefit from this technique. We know that connections from the prefrontal cortex to the emotional areas of the brain in the limbic system are still just forming in babies, which is why they express their emotions with little filter. As we age, these connections strengthen, meaning that as adults we rarely have tantrums, and have more control over how and when we express our emotions. But just because we have more control doesn’t mean that we don’t still feel these emotions acutely. A pace change helps interrupt cycles of rumination or behaviors that reinforce the emotion, like withdrawing or lashing out or beating ourselves up, that can prolong our stressed-out state.

When I find myself getting anxious, annoyed, or overwhelmed, I’ve found that this abrupt change in activity can really help. Funnily enough, I find that the very same activities — bouncing on a ball, getting outside, or listening to an upbeat song — work for me as they do for Graham. It’s most effective when there’s a clear physical shift: warm to cold, still to moving, quiet to loud. A sudden change takes me out of my habituated pattern, and creates space. When I come back to whatever I was doing, I usually return calmer, and with perspective.

Everything in its Time

I’m sure every parent has had this experience: you buy a toy, one that has 4000 glowing reviews on Amazon, one that everyone you know says their child absolutely loved, and when playtime comes you excitedly present it to your baby, only to have them look at it like you just handed them a stack of your tax returns. You wave it around a little, give it a funny high-pitched voice and pretend it talks, and try hiding it under something for your kid to discover. They look straight through it, and after a few tries it ends up at the bottom of the toy bin.

Then a month later, as you’re tidying up the playroom, you pull the toy out and lay it off to the side. Your kid wakes up from a nap, catches sight of the thing, and is magnetically attracted to it. They gum it, smile at it, gaze admiringly at it, and generally refuse to be separated from it. Suddenly, no other toy compares, and you feel (finally) like a hero.

As babies pass from one developmental stage to the next, their interests can change in a flash. Suddenly colors, textures, or sounds that once didn’t even seem to register become riveting as their brain works through the process of synaptic pruning, editing out irrelevant neurological connections and tightening up the ones that really matter. Babies’ ever-changing curiosities reflect the rapid pace of their learning and growth. Having seen this unfold a few times now, I’ve learned that when it comes to toys, books, foods, and just about anything else, the best thing to do with a rejected something is wait a little while and then try again. Everything in its time, I remind myself.

Of course, adults’ brains are no longer developing in the same way, but even if it’s less rapid or apparent, we are always growing. Research on neuroplasticity shows that while it was once thought that only children’s brains could grow new connections and reorganize neural pathways, now it’s clear that adults’ brains can do the same thing — albeit on a smaller scale. We’re also growing and changing, and we need different things at different times too.

So maybe it’s not the moment for those heavy documentaries I used to love in my 20s, but can’t seem to focus on lately. (If I’m honest, I just want to curl up with a warm blanket and watch the first season of Ted Lasso again.) And maybe the Nancy Drew books that seem light and fluffy are the perfect thing to be reading right now, and I shouldn’t force myself to read the big, important non-fiction books that keep piling up on my nightstand. But maybe now is the perfect time to make the chocolate cake that always seemed to have too many steps in it, and the homemade vegan cashew cream cheese that requires all those special ingredients, and to learn how to hang my own wallpaper.

The point is, just because I’m not interested in the documentaries or the big books right now doesn’t mean I’ll never be. It just means that my curiosity is flowing in a different direction at this moment in time. I can choose to fight it — and kick up a storm of internal tension — or I can go with the grain and really listen to what my joy is telling me.

Babies’ delight fuels their growth. Following a baby’s natural curiosity can lead to fascinating places, far more interesting than what we might find if we over-directed their play. Giving ourselves space to follow our own joy and curiosity, rather than pushing ourselves to do what we believe we’re supposed to, brings ease and serendipity into our lives, and creates the potential for us to grow in unexpected ways.

As the saying goes, when the student is ready, the teacher appears. And sometimes that teacher is very, very small! If you have babies or children in your life, I’d love to know what you’ve learned about joy from them. 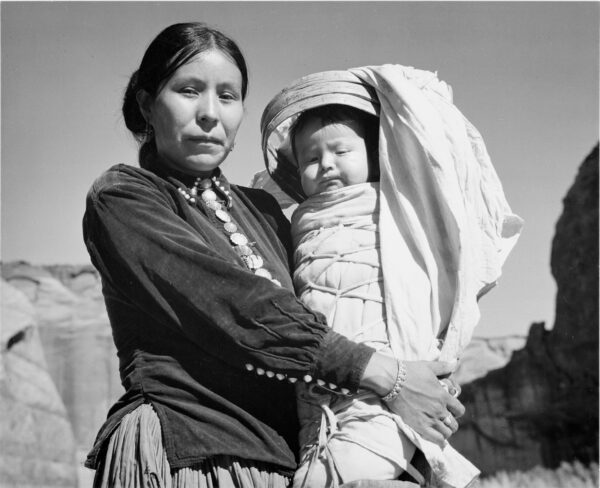 The Navajo Celebration of a Baby’s First Laugh 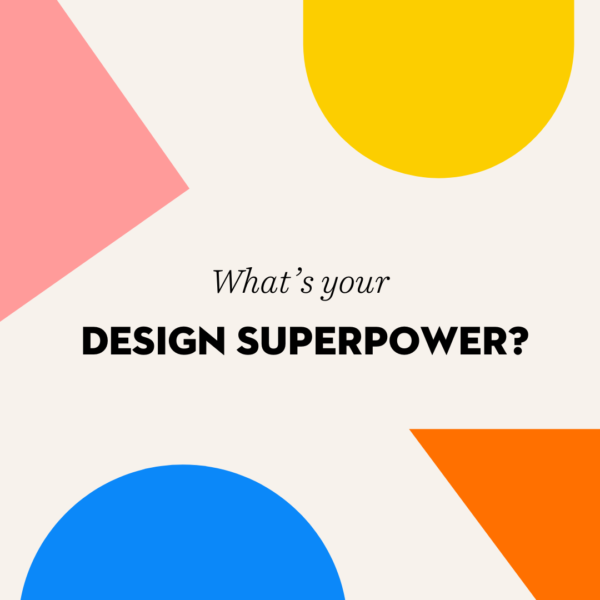 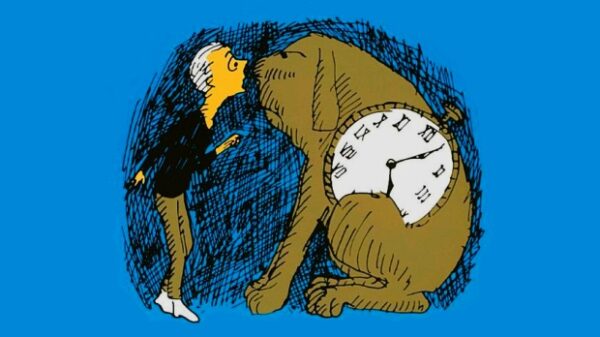