What to do when everyone seems happy except for you

Lately, here in the US, as things have been reopening, there’s a kind of giddy excitement in the air. Friends are reuniting, families are hugging, and hosts are hosting. Posts about the tedium of air travel that once might have been a string of complaints are now full of childlike glee. The humdrum aspects of normal life, after more than a year of deprivation, are now cause for celebration.

And of course this makes sense! As vaccines roll out and it becomes safer to be out in public again, there’s a natural delight in those delayed embraces and long-denied pleasures. We can dare to hope that the worst is behind us, and begin to dream and plan after so much time spent on hold.

So it was striking to me that when I asked “How are you feeling?” on my Instagram Stories recently, only 36% of respondents said “Joyful.” The other 64%? A resounding “Blah.”

To look at the posts in my Instagram feed — dinner parties and wedding parties, road trips and international adventures — it seemed like everyone was caught up in the joyful frenzy. But for so many people, this wasn’t the case at all.

I asked the people who said they were feeling “Blah” to add a little more color. What exactly were they feeling? Here were a few of the responses:

It was sad to see so many people in pain. But even sadder was how alone people seemed to feel in their suffering. With the prevailing winds blowing in the direction of joy, those caught up in the undercurrents felt not only overwhelmed and anxious, but also like there might be something wrong with them because of it. Many people said that seeing that they weren’t the only one with a case of the blahs was a relief.

Evolutionary theorists believe that this capacity may have been adaptive for early humans, especially prior to the development of language. Imagine one member of a group becomes aware of the presence of a predator. If the group can not only silently and quickly perceive that person’s fear, but be able to embody it, they can wordlessly coordinate their actions in a way that protects them all.

Even when danger isn’t present, emotional synchrony can help a group get on the same page. A group of people in the same emotional state is more likely to want to do the same thing, which promotes a general sense of harmony. If you and your friends are all feeling a let-loose Friday evening vibe, it’s easier to agree on a venue for your happy hour. If you and your colleagues feel intuitively aligned about a project, you’re less likely to fight about your next course of action.

So it makes sense that it naturally feels good to us when our emotions are in sync with those around us. On the other hand, when we’re out of sync with others, it can lead us to judge our emotions as bad or wrong, and this dissonance can heighten our sense of being isolated or lost.

During the height of the pandemic, this phenomenon caused people who were doing well despite the challenges to second-guess themselves. “How dare I feel joy when others are suffering?” was a common refrain. Char Adams described this as a “bizarre form of survivor guilt” in the New York Times, breaking down the sense of disconnection she felt as a Black disabled woman who struggled less than she’d expected during the difficult beginnings of the COVID crisis. She highlights research that shows that meta-emotions, our feelings about our feelings, can have a big impact on our mental health. Feeling negatively about our positive emotions can lead to dampening, where we hold back from feeling or expressing our joy to avoid the guilt or shame associated with it.

On the flip side, when others are feeling joy and you’re not, it can leave you feeling like a Debbie Downer. I’m reminded of the summer I went to five weddings alone. My grandmother had recently died and my last relationship had ended in an unexpected breakup that shattered my confidence into tiny pieces. It felt like everyone I knew was leaving me behind, starting their lives while I was stuck in place. I wanted to be happy for them, but I was so sad for me — and the resulting tension made me feel like it took every ounce of my energy not to be a giant rain cloud on each friend’s joyful day.

As the overall mood brightens in this tail end of the pandemic, if you’re still feeling anxious, sad, or uncertain, you might have feelings like, “Why am I being left behind?” or “What’s wrong with me that I don’t feel excited right now?” The meta-emotions feel like piling on: not only are your base emotions unpleasant, but you also have a negative judgment attached to them. This can be especially problematic because negative emotions tend to narrow our focus, giving us a kind of tunnel vision that makes it hard to see other perspectives and possibilities. Caught in this emotional swirl, it can be difficult to zoom out enough to see what’s really wrong and how to fix it.

The answer isn’t to just put on a happy face or pretend you’re fine when you’re not. Known as toxic positivity, forcing yourself to express positive emotions when you don’t feel them can actually have a negative affect on your emotional health. Here are a few things to try instead.

Acknowledge that your feelings are valid. Feeling differently from others doesn’t mean your emotions aren’t a normal response to the conditions in which you find yourself at this moment in time. You don’t need to change how you feel to fit in.

One thing that can help is to get specific about what you’re actually feeling. Instead of saying you feel blah, try words like disappointed, overwhelmed, or eager for change but confused about where to start. This technique, called emotional granularity, has been shown in research to improve coping with negative emotions. Instead of feeling like you’re the only one who’s down while everyone else is up, you can see your specific emotion in the context of what might be causing it, and paving the way to see potential solutions.

When I was in that summer wedding marathon, one thing that helped me was to envision myself finding joy in the future. I would imagine the same friends gathered at my own wedding. I thought about how I’d want my friends to show up for me, and it helped me tap into a genuine spirit of joy for them.

Because of the tendency toward emotional synchrony, people tend to share more when their emotions match the current vibe. So during the dark days of lockdown, you didn’t see a ton of people posting “I’m soooooooo happy!” because it felt inappropriate to do so. Likewise, right now, you don’t see a lot of people posting about their gloom and anxiety because no one wants to be the downer you scroll past between cheerful summer vacay pics.

This is a shame, because it flattens our view of the world and makes it feel like those other feelings don’t exist. But just because they don’t penetrate our filter bubbles doesn’t mean those emotions aren’t there. Remind yourself that just as most people have a messy corner of their home outside the frame of their perfectly styled living room, most people also have troubles they don’t comfortable sharing with the world.

While it can be vulnerable to share hard feelings when the mood is light, the reality is that likely there are others who feel as you do, but feel inhibited about sharing. Try testing the waters with an empathic friend, or if you’re brave, put it out there on social media in a form like, “I don’t if anyone else is feeling this but…” or “Am I the only one feeling _____ right now?”

Yes, there’s a small chance you’re feeling a very unique, very specific feeling that no one can relate to. But more likely there are others who are feeling just as alone as you are, waiting for permission to reveal their emotions, and who would be relieved to hear yours. This was certainly my experience when I shared my own anxiety about life rushing back to “normal.” Knowing that not just a few people, but more than half, were also feeling unsettled showed me that what we think we see is really only a small piece of the full story.

Many of us have been conditioned to hold back our negative emotions, fearing that sharing them would burden other people with our struggles. If this is you, remember this: What feels like a burden to you may be a gift to someone else. But you’ll never know unless you share.

Know someone who is feeling down right now? Please share this post and let them know they’re not alone. 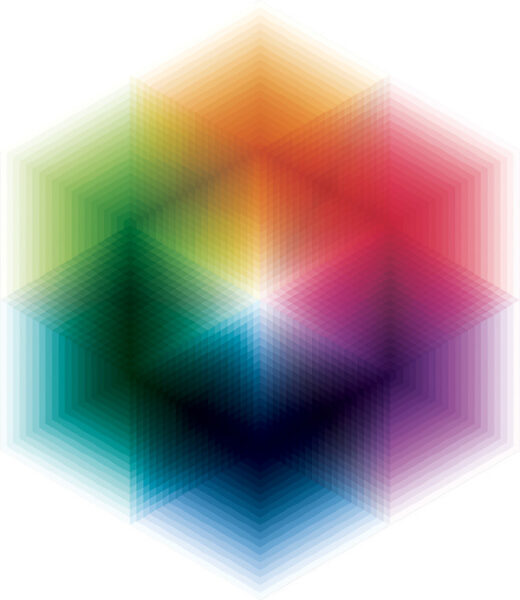