The creative principles I live by

As the new year begins, I’m diving into some new creative projects. Some are home-related (more to come on these in the coming months). Some are for the School of Joy, which I’m excited to keep growing this year. And at least one might turn into my next book. (I’m not rushing it, though!)

Starting new projects is thrilling, but can also be daunting. There’s the joy of exploration, of surprising connections and new discoveries. My mind buzzes with endless possibilities. But there’s also the overwhelm: Where to start? How to overcome the fear of failure? How to stay focused when there are so many tantalizing rabbit holes to go down?

Over the years, I’ve gathered a series of principles to guide my own creativity. These ideas come from wise writers and teachers I’ve encountered in my journey. They’ve helped me avoid many of the traps that creative energy gets stuck in, and keep a sense of flow in my work.

In The Writing Life, Annie Dillard writes about the impulse we sometimes have to save an idea, rather than use it right away:

“One of the things I know about writing is this: Spend it all, shoot it, play it, lose it, all, right away, every time. Do not hoard what seems good for a later place in the book or for another book; give it, give it all, give it now. The impulse to save something good for a better place later is the signal to spend it now. Something more will arise for later, something better. These things fill from behind, from beneath, like well water. Similarly, the impulse to keep to yourself what you have learned is not only shameful, it is destructive. Anything you do not give freely and abundantly becomes lost to you. You open your safe and find ashes.”

This image of the safe and the ashes is such a gift to me. I see it in my mind whenever I’m tempted to hoard my ideas for later. I’ve had just the experience Dillard describes, where I’ve saved an idea and later found it doesn’t work, or it doesn’t make sense, or I’ve outgrown it, or the world has.

Dillard’s model of creativity is much like joy, which withers when hoarded, and grows when shared. Trusting that the well will refill is hard when you’ve been accustomed to seeing ideas as a scarce resource. But the only way to learn this is to practice it.

When I was in one of my worst creative winters, stuck on my book proposal, unable even to contemplate blogging, the book Wild Mind by Natalie Goldberg appeared in our apartment. Albert maintains that he bought it for himself, (even though he still has never read it), but it caught my eye and once I started reading, I didn’t put it down until I’d read every last page.

One area where I found Goldberg’s advice most helpful? Not knowing what to write. She posits that we often get stuck because we think we need to know what we’re going to write before we sit down to do it. This can leave us avoiding the task because we don’t know what to write. Anxiety builds up, and we feel “blocked.”

But for Goldberg, writing is a process that helps us figure out what we think. We don’t sit down to write knowing what we’re going to say about a subject. We sit down to discover what we believe about it.

Whew! Do you feel how much pressure that relieves? You don’t have to sit down to create knowing anything about what you’re going to say. Your mind can be as blank as the page. You’re there to go on an adventure in your own mind, and report back on what you discover.

A similar perspective comes from the poet James Richardson, in an interview with Paul Muldoon on the New Yorker Poetry podcast from 2014. Richardson points out that the etymology of the word essay is from the French essayer, which means “to try.” We’ve come to think of essays as proofs, arguing a point with crisp logic. But it’s much easier to create when we think of an essay as an attempt to explore and explain.

Eyes on your own paper

Inspiration is an essential part of creativity, and most writers and artists are voracious consumers of art of all kinds. Reading makes you a better writer. Looking at art makes you a better artist. But what happens when that admiration turns the corner into envy?

Sometimes it’s because another writer who does similar work is getting more recognition than you are. Sometimes it’s because you look at another artist’s work and think, I can’t do anything as good as this. Sometimes you see a version of your idea expressed by someone else, and fear that there’s no room for your contribution. It’s been done already. They beat you to it.

In those moments, I’ve learned that the best solution is to stop looking at other people’s work and start focusing on my own. In doing so, I’m reminded of what’s unique about my work, and instead of fixating on what’s inferior about it, my energy goes toward making it deeper, more interesting, better.

It helps to take an abundance mentality. There’s enough success to go around. Ideas don’t get claimed and then taken out of circulation. (Imagine if Larry Page and Sergey Brin had said, “Well, we’d love to build a search engine but that idea’s already been done before.” We’d be altavista-ing things instead of googling them.)

The number of potentially beautiful things is infinite. The artist you envy might have just created their only masterpiece. You might have ten masterpieces in you — you just don’t know it yet. And you’ll never find out if you’re so focused on the work of others that you don’t go make your own.

In my first year of design school, the night before an assignment was due, there would always be one student who became so dissatisfied with their project that they would throw several weeks of work into the trash and start something new. This never ended well. And one day, after a student admitted to a late-night change in direction, our professor shared this maxim: “Never start over.”

It seems wrong on the face of it. If you know a concept isn’t working, why keep pouring effort into it? If you have a better idea, why not use it? The problem is that most creative endeavors are an exercise of craft, not genius. The initial concept matters, but it’s the slow accumulation of progress that happens when you edit, revise, leave it alone and come back with fresh eyes, that actually makes it great. The first draft of a great idea is almost never better than the tenth draft of a so-so idea.

Of course, if you’re not on a deadline, feel free to ignore this advice. But also know that if you’re deep in a creative valley, struggling through the hard details of a project, new ideas are especially seductive. Like a middle-aged married man who feels tempted by the sexy trainer who flirts with him at the gym, it’s easy to see the charms of the new idea, but not their faults. Your new concept will have problems too, and it will take some time before you discover them. So if you’re going to jump ship, be sure the new idea is one you’re truly ready to commit to.

This lesson came from my undergraduate thesis advisor, writer A.J. Verdelle. As new students in the Creative Writing program at Princeton, we were all eager to impress our professors with our creativity and imagination. But for A.J., clarity always came first. If you called a character by one name and then switched to a nickname on another page, or you had a flashback in a random place, she always flagged it for discussion.

She told us that the reader needed to be able to understand what was going on in a story, or they would lose their trust in us as a writer. And when the story was unclear, it became impossible to distinguish authorial intention from sloppy or lazy writing. In The Art of Fiction, John Gardner calls this “breaking the fictional dream.” The idea is that a story or a novel is like a dream, and when something doesn’t add up, it takes us out of the dream, forcing us to question and analyze it.

I’ve since found this to be true in every other kind of creative pursuit too, from non-fiction to painting. In calligraphy, the words need to be clear. It doesn’t matter how beautiful the flourishes are if you can’t read the letters, because instead of looking at your delicate penmanship, people will be trying to decipher it. In photography, your subject matter needs to be in focus. Doesn’t matter how great the lighting is if your subject is blurry. In interior design, having two very similar blues next to each other is distracting. They either need to be clearly different or identical, otherwise people will wonder if the slight difference is a mistake. In all creative work, clarity is non-negotiable.

There’s a popular marketing saying, “The confused mind always says no.” I think about this a lot when it comes to creativity too. Confusion detracts from your art and wastes the audience’s time.* Clarity sets the stage for creativity to shine.

*Even if you’re trying to create an experience of confusion for your audience, say in a performance or a story, clarity in the surrounding elements is still essential. It makes the confusion feel intentional, rather than accidental.

Do you have creative principles that help you find joyful flow and produce work you love? Please share them here! 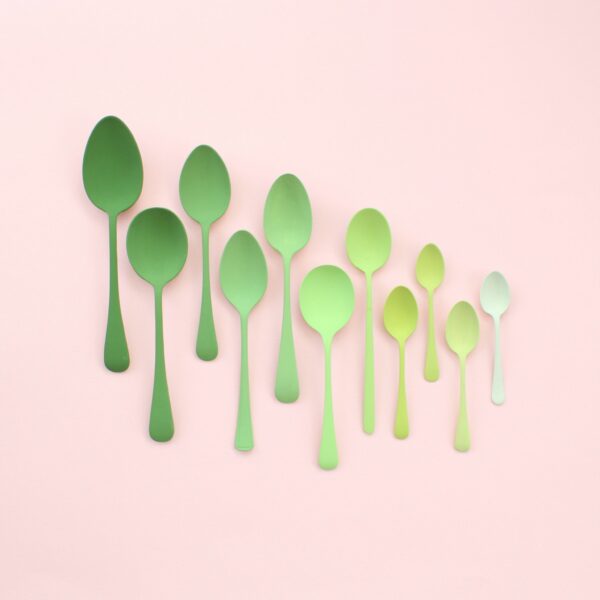 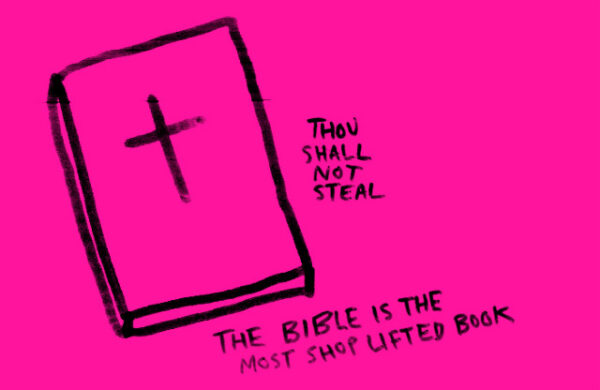