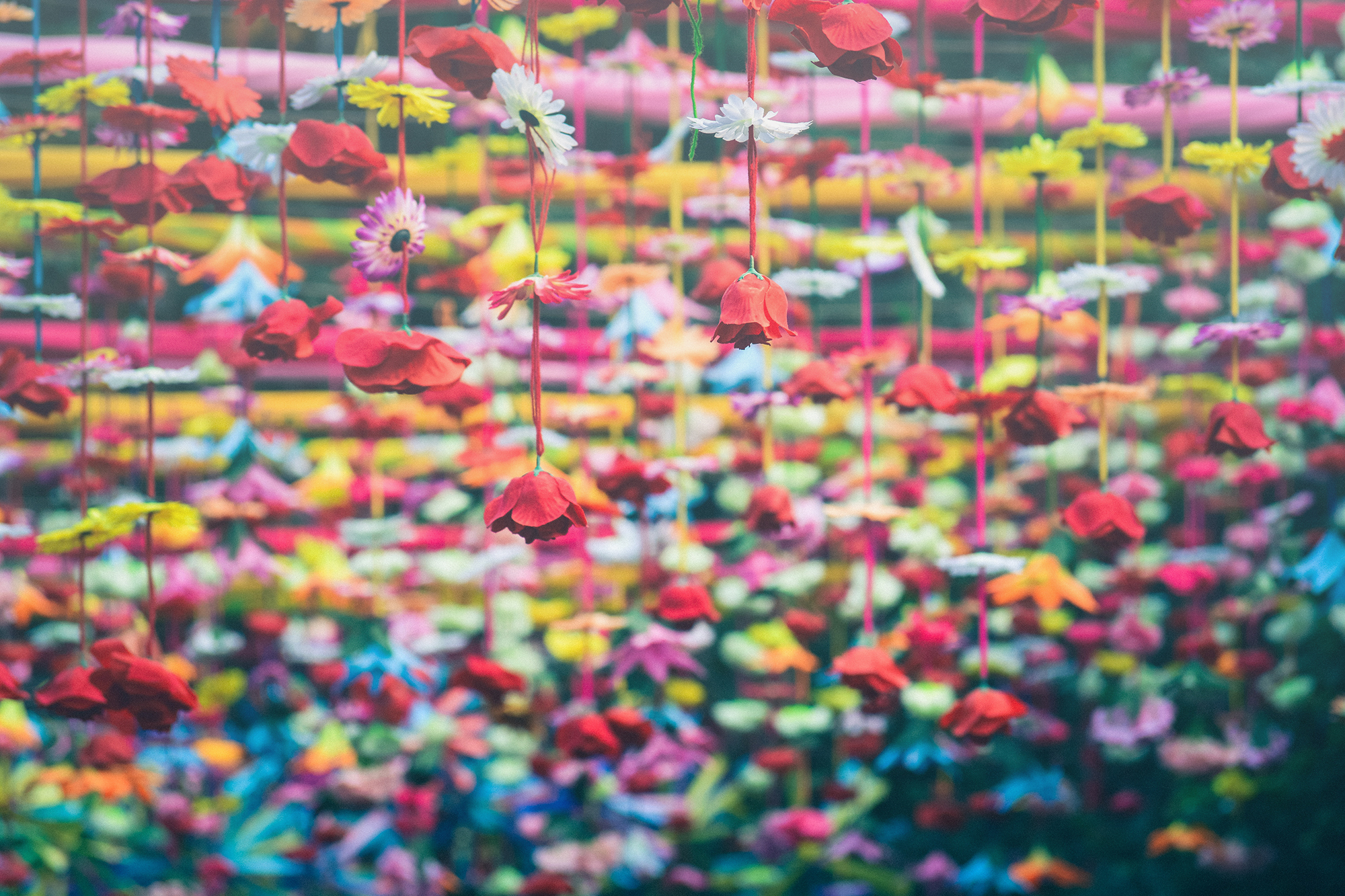 When the new year began I was on the island of Maui, floating carefree on a pool float shaped like a unicorn. A day later, a pipe burst in our house, and I found myself driving a rental car across Ohio, trying to make it home to deal with the situation before the so-called “bomb cyclone” snowstorm hit the Northeast. The contrast offered a stark reminder of life’s up-and-down nature, and reminded me of the importance of making space for joy even in the midst of disaster.

Often, when a crisis hits, we are tempted to forgo joy and focus our attention only on dealing with the problem at hand. We rely on grit and tenacity to help us push through the difficulty and get to the other side. When you’re stranded at an airport or your living room is underwater, it’s easy to think: What use is joy in tough times like these? If the suffering of others is the cause of your distress — whether those close to you, or those you are reading about in the many upsetting headlines recently in the news — it can also make you feel guilty to be joyful, as if it’s inappropriate to laugh or find pleasure while others are unable to do so.

But joy doesn’t need to stop in tough moments, and in fact, we’re usually better off if we allow a little joy into our struggle. Positive emotions play an important role in resilience. They provide relief from stress, allowing our bodies and minds a moment to recover. They also broaden our mindset, breaking us out of gloom-and-doom cycles of rumination and helping us gain new perspective on our problems. Research by psychologist Barbara Fredrickson (among others) suggests that feeling joy during a stressful time actually “undoes” the negative cardiovascular effects of stress on the body, and that people who experience positive emotions amid adversity cope better and are more resilient in the face of future problems.

I’ve read many articles about maintaining a positive mindset in difficult moments, but often they’re loaded with platitudes like “find a silver lining” or “remember things could always be worse.” While those are good things to keep in mind, I’m more interested in things we can actually do to find more joy in the struggle. With this in mind, I’ve gathered five ideas that research suggests can promote joy in even in the midst of disaster. I’d love it if you’d share your own stories and tips in the comments!

1. Use the good dishes

After Hurricane Maria devastated Puerto Rico, I read about a group of people who gathered together for communal meals. Though the meals were meager, they ate them on fine china, because even though it was more work to clean up, it helped to distract them from their troubles. It’s tempting to reach for the most convenient solution when disaster strikes (such as disposable plates). But doing this can sometimes add to the feeling of displacement. Breaking out the fine china (or putting on a little makeup when you’re sick, or wearing your Sunday best even in the midst of a crisis) is an unconscious reminder that even if you’re struggling, you’re still deserving of joy.

2. Make someone else laugh

As Mark Twain wrote, “The best way to cheer yourself up is to try to cheer someone else up.” This works because joy, and laughter in particular, is contagious. If you can lift your friend or partner’s spirits in a tough moment, seeing their response is likely to make you feel like things aren’t so bad. Also, taking your attention away from your own emotions and focusing on someone else for a few moments circumvents the tendency to replay the bad news or ruminate on what you wish you’d done differently. So crack a dumb joke, make a silly face, or send a friend a funny animal video: anything that lightens the mood for those around you will end up raising your spirits as well.

It might seem like the last time you’d want to celebrate, but hosting a party in the middle of a tough time can bring your community together to support you and each other in a difficult moment. Some inspiration comes from John Shields, a terminally ill man from British Columbia who hosted his own Irish wake. Shields invited friends and family to his hospice, where they ate takeout rotisserie chicken, shared blessings, and sang a Celtic folk song, turning it into a celebration of life and a poignant memory for his relatives and friends.

We often put off celebrating even routine events in a difficult time, saying to ourselves that we’ll celebrate once we get through it. But as Dan Savage explains in these remarks on the mingling of celebration and activism during the AIDS crisis, celebration often gives us the strength to persevere:

“The other benefit of all the fun we were having while we fought for our lives? It drove our enemies crazy. They wanted us to be miserable. They wanted us on the floor, too depressed and distraught to leave the house. And when they saw us dancing, when they heard us making music, when they saw us creating art and making theater and watching porn, when they realized we were still fucking, it confounded them. That’s when they realized that we were not going to be easily defeated. We weren’t going down without a fight, and we weren’t going down without a party.”

A disaster party probably isn’t going to be fancy and lavish, but it doesn’t need to be. A potluck or BYO party can be just as festive as a splashy catered cocktail party, and just as effective at taking your mind off your troubles.

We think of singing and dancing as things we do when we’re happy, but what we don’t realize is that they offer powerful ways to shake off stress and feel our way back toward joy. Studies have found that when people sing together, their heart rates, brain waves, and emotional states become synchronized. Similar changes happen when people move in concert. Singing and dancing together can even promote cooperation and generosity, which may be why shared vocalizations and movements are an integral part of religious or spiritual traditions around the world.

When I met singer and vocal activist Melanie DeMore, she shared a heart-rending story about the power of song in a moment of grief. As her sister lay dying, she sat with her through the night and sang until she passed. “In the African-American tradition we have sorrow songs and jubilee songs,” she said, “And you cannot have one without the other.” DeMore sometimes sings with an organization called Threshold Choir, whose members donate their voices to sing for people and their families “at the thresholds of life,” providing buoyancy and a release of emotion in some of the most difficult moments imaginable.

Similarly, some cultures have healing dances that are used as a way of dispelling illness and restoring harmony within a community.

After we got the news about our burst pipe, we had to make our way back home. But with the snowstorm approaching, we only made it as far as LA before our flights were canceled. So we managed to get a flight to Ohio, and rent a car from there. The only problem was that temps in Ohio were running at about 10 degrees, and all our winter clothes were at Albert’s parents’ place in Honolulu. So we bought the most ridiculous winter garb we could find: silly winter hats and sweatshirts emblazoned with logos of some of Ohio’s many sports teams. Now instead of looking like weary travelers, we looked like die hard fans on our way to a tailgate. Every time we looked at each other, we couldn’t help but laugh.

Another example: last year, Albert had to have surgery in the middle of the summer. It was a routine operation, but I was so freaked out, more than he was, I think. The nurse that checked us in was wearing a colorful badge in the shape of a flower, which she told us was made of pill bottle caps. It was so cheerful that it perked us up and for a moment, eased our anxiety.

I now have a variety of things I wear on tough days, from a fluorescent pink sweater to a pompom necklace to a small enamel rainbow pin. It’s a little bit of a “fake it ’till you feel it” strategy. But if these little things make even just one person around me smile, that’s one more positive point of connection in a difficult day.

What about you? How do you stay joyful in tough times?

P.S.: It’s been a long time since my last post. If you follow on instagram, you’ve seen my update about how I spent 2017 focused on Joyful, which is finally coming out this year! I’ll be back in this space more frequently as I put the finishing touches on the book, and I’m excited to share so many of the things I’ve learned about creating a more joyful life through design with you in the months to come. xo Ingrid 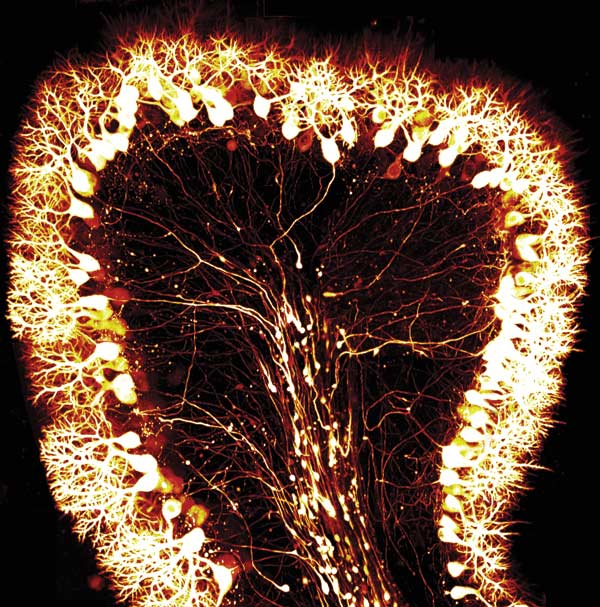 7 ways to create joy in a rental