I read something recently that twisted my brain up in the best kind of way. I wish I could remember exactly where I read it, but the idea was basically this: The rooms with the biggest problems are often the ones we end up loving the most.

While you’d think that a room with ideal symmetries and golden proportions would lead to the most pleasing designs, in fact, it turns out to be the weird or tricky spaces we admire. That’s because awkward spaces force us to come up with unexpected solutions that make a space feel unique. When you look at a design on Pinterest and think, “Wow, I never would’ve thought to do that!” often it’s because conventional approaches simply didn’t work in that space. The person who created the space had to get creative, and the result looks like ingenuity, rather than compromise.

This idea has flipped my approach to my home completely on its head.

One of my mantras in home design has long been “joy, not perfection.” (My Design a Joyful Home students know this well, and may be a little tired of hearing it by now!) I deeply believe that when we let go of the idea that our home needs to meet some platonic ideal of a house, it frees us to find joyful possibilities for our space.

Still, this didn’t stop me from seeing my home as divided into a list of pluses and minuses. The covered porch that runs the length of the back of the house? Plus. The resulting lack of natural light in the living and dining rooms? Minus. High ceilings, great layout, beautiful woodwork: pluses. Dated floors, fussy trim choices, and too many kinds of wood in one room: minuses.

I could accept the idea that perfection was not the goal. But I still found myself looking for ways to minimize the house’s flaws. My thinking followed a familiar pattern:

Can I change it?

No. Well, then can I cover or camouflage it?

No. Well, then can I distract the eye from it?

I’ve actually gotten quite good at minimizing the flaws of a space to make them less noticeable. In our last place, for example, we couldn’t afford to fully renovate the kitchen, so I used two tones on our cabinets to divert attention away from a brick floor I disliked. The navy lower cabinets feel harmonious with the red tones of the floor, while the white uppers pull the eye up away from the brick.

It’s good to know how to do this, of course, and in Design a Joyful Home I teach a series of techniques for navigating the challenging aspects of a space. But what I hadn’t considered is what if those supposed “flaws” aren’t negative at all? What if in fact they are my home’s greatest opportunities?

Once this mindset shift had sunk in, I began to notice examples of it everyone. For example, Athena Calderone, founder of EyeSwoon, recently shared that she struggled at first with the L-shaped floor plan of her Brooklyn townhouse. The asymmetry of the angle seemed to conflict with her desire to have a kitchen along the southern exposure of the house. But adding two walls of floor-to-ceiling glass doors not only let her have her south-facing kitchen. It turned the room into a sunlit space where the boundaries between inside and outside are blurred. Athena’s kitchen is iconic — probably one of the most pinned kitchens on Pinterest — so it’s fascinating to me to discover that its signature feature was actually the result of problematic architecture.

Likewise, this cozy nook in this room at the Knightsbridge Hotel in London looks just like a designer’s dreamy sketch come to life. But it was actually a solution to an awkwardly small space. Designer Kit Kemp used banquette seating to create an inviting nook where nothing else would quite fit.

Looking back, I realize we took this approach when designing the room that would become Graham’s nursery in our old house. Initially, the room seemed like the worst room in the house: an awkward, L-shaped second bedroom with ceilings that sloped to an uncomfortably low pitch in one corner. The previous owner had used the room as a home office, her desk pushed again the wall, with a chair and some storage boxes shoved uncomfortably in the alcove.

We punched a skylight to add a bit more natural light, but weren’t sure what else to do. Then Albert had an idea. What if we tucked a low bed under the skylight, with a bench behind to anchor the space. I added a little awning-stripe shade on the skylight, and suddenly, the bed became our favorite space, beloved for naps, snuggles, and reading books to Graham before bed.

What this idea boils down to is potential. If we think of the challenging aspects of our homes as flaws, then the best they can ever become is tolerable. But if we believe that somewhere in these imperfect spaces is a solution that makes them charming or exciting or inspired, it unlocks their potential. We’re no longer just trying to make something work. We’re trying to make something special.

When I started to think about it, this idea doesn’t just apply to our homes. Studies have shown that when teachers believe that students have higher potential, those students go on to achieve more. The 1964 study that first demonstrated told teachers that based on a special test, certain students were about to experience a significant boom in intellectual growth. In truth, the students were chosen at random, but after following the students for two years, the researchers found that these students excelled. The teachers’ higher expectations, which showed up in their daily interactions with these students, actually led to measurable gains in the students’ IQs. Higher expectations led teachers to give students more time to respond to questions, more detailed feedback, and more encouragement in the form of smiles and nods.

Similarly, if I consider certain features of my body as flaws, then my approach toward dressing becomes about minimizing these “problem areas” and accentuating my better features. Through this lens, my hips will never be great-looking. The best I can hope for is for them not to be unattractive. So I avoid loud patterned skirts in favor of “flattering” dark colors, and try to divert the eye to some other feature that seems more acceptable.

This way of approaching fashion was the default until just a few years ago. But now, as more manufacturers take a size-inclusive approach and are highlighting different body types in their marketing, and as a more diverse array of fashion influencers has gained popularity, features that once were considered flaws are now something to be celebrated. Fashion is no longer a kind of camouflage, but a canvas for joyful expression.

When we free ourselves of the belief that a feature is bad or wrong, it stops being a limitation and starts becoming an invitation to creativity. We don’t have to just settle for making do in our homes or our bodies. We have the opportunity to make the most of them.

If you have a space that you’ve been struggling with, try this. Take a breath, and then imagine the space as not just bearable, but your favorite spot in the house. What happens when you allow yourself to see your home’s worst feature as an opportunity, rather than a liability? I hope this helps you let go of some frustration, and open up space to try some bold new ideas.

And if you’d like a little more inspiration, please do join my workshop 5 Secrets to Designing a Joyful Home. I’ll break down the biggest barriers to finding your style and creating your home on your terms, and walk through some specific exercises to help you apply these ideas to your own space. You can sign up for the waitlist here. 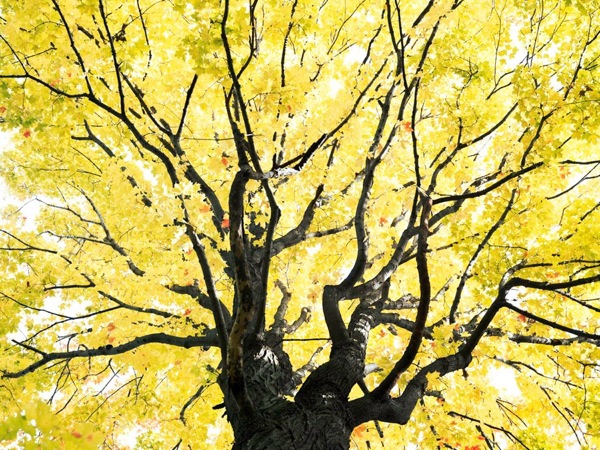